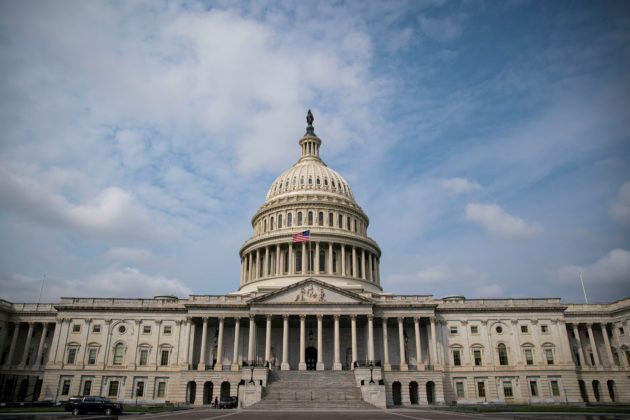 WASHINGTON (Reuters) – The Democratic-led U.S. House of Representatives passed a stopgap funding bill on Tuesday to keep the federal government operating through Dec. 11, after striking a deal with Republicans on aid for farmers and nutritional assistance to children.

With government funding running out on Sept. 30, leaders of both parties have been working on legislation to continue funding most programs at current levels and thus avoid a government shutdown in the middle of a pandemic and ahead of the Nov. 3 elections.

The measure, which now heads to the Senate, appeared in danger on Monday when Democrats left out key farm aid that President Donald Trump had promised last week during a political rally in Wisconsin, a key battleground state in his bid for re-election.

Democratic House Speaker Nancy Pelosi issued a statement announcing a deal with Treasury Secretary Steven Mnuchin and Republicans on the continuing resolution, or CR, which included the farm relief as well as nutritional assistance for children during the pandemic sought by Democrats.

“We have reached an agreement with Republicans on the CR to add nearly $8 billion in desperately needed nutrition assistance for hungry schoolchildren and families,” Pelosi said in her statement. “We also increase accountability in the Commodity Credit Corporation, preventing funds for farmers from being misused for a Big Oil bailout.”

The version that House Democrats filed on Monday did not include the $21.1 billion the White House sought to replenish the Commodity Credit Corporation, a program to stabilize farm incomes, because Democrats considered it a blank check for political favors.

Republicans were furious at the omission. Senate Majority Leader Mitch McConnell said Pelosi’s resistance to including farm aid in the bill had been “basically a message to farm country to drop dead.”

The rest of the bill generally continues current spending levels. It would give lawmakers more time to work out spending through September 2021, including budgets for military operations, healthcare, national parks, space programs, and airport and border security.