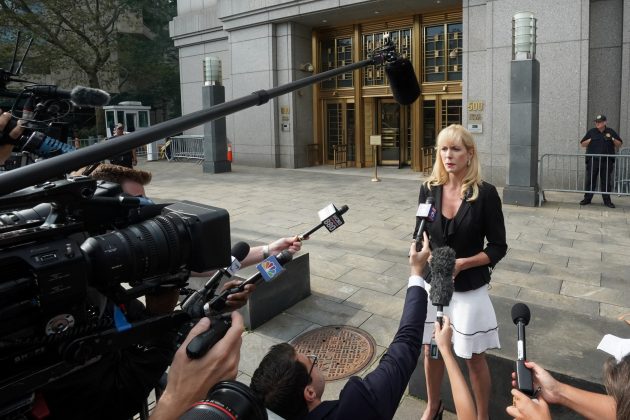 NEW YORK (Reuters) – A New York federal judge said on Wednesday she would move quickly in deciding whether to unseal hundreds of court documents linked to financier Jeffrey Epstein, who died last month while awaiting trial on sex trafficking charges.

The documents are part of a civil lawsuit filed by one of Epstein’s alleged victims, Virginia Giuffre, against Epstein’s former associate, Ghislaine Maxwell. Giuffre has said Epstein and Maxwell trafficked her for sex while she was a teenager.

Giuffre sued Maxwell in 2015 and accused the British socialite of defaming her by calling her a liar. Maxwell has denied the claims, and the case settled on undisclosed terms earlier this year.

More than 900 court filings in the case remained secret until early August, when a federal appeals court unsealed about 2,000 pages of documents. The court ordered U.S. District Judge Loretta Preska to review each of the remaining documents to determine whether they should be unsealed.

At a hearing on Wednesday, Preska gave Giuffre, Maxwell and other interested parties two weeks to divide the documents into three categories. Preska said one category of documents – those that could have been used by a judge to decide core issues in the case – are most likely to be unsealed.

The parties will then will have a chance to make arguments about what should be public and what should remain secret.

Jeffrey Pagliuca, Maxwell’s lawyer, said at the hearing that the documents contained “hundreds” of names of people who would need to be notified and given a chance to object before they were made public.

On Tuesday, lawyers for an anonymous man urged Preska in a letter to keep the names of people who were not parties to the lawsuit secret.

Epstein was arrested on July 6 and pleaded not guilty to sex trafficking charges. Prosecutors said he recruited numerous underage girls to give him massages and then sexually abused them.

The wealthy 66-year-old money manager was found dead on Aug. 10 in his cell at the Metropolitan Correctional Center in Lower Manhattan. An autopsy concluded that he hanged himself.