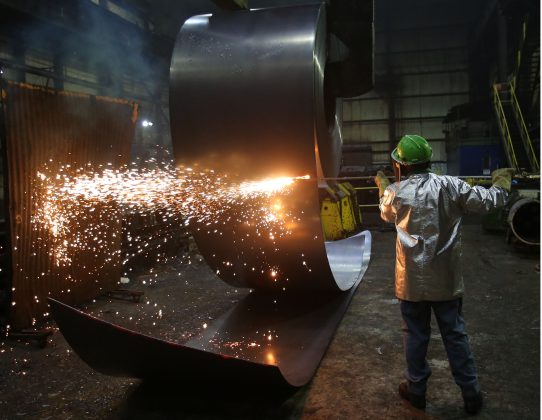 The Labor Department said on Thursday non farm productivity, which measures hourly output per worker, increased at a 1.9 percent annualized rate in the last quarter.

Data for the third quarter was revised down to show productivity rising at a pace of 1.8 percent instead of the previously reported 2.2 percent rate.

Economists polled by Reuters had forecast fourth-quarter productivity advancing at a 1.6 percent rate following a moderation in gross domestic product growth for that period. The economy grew at a 2.6 percent rate in the October-December period after a robust 3.4 percent growth pace in the third quarter.

The release of the full fourth-quarter productivity report was delayed by a 35-day partial shutdown of the U.S. government that ended on Jan. 25. The lapse in funding affected the collection and processing of economic data by the Commerce Department.

Sluggish productivity is one of the constraints to keeping the economy on a path of strong growth on a sustained basis.

Unit labor costs, the price of labor per single unit of output, rose at a 2.0 percent pace in the fourth quarter.