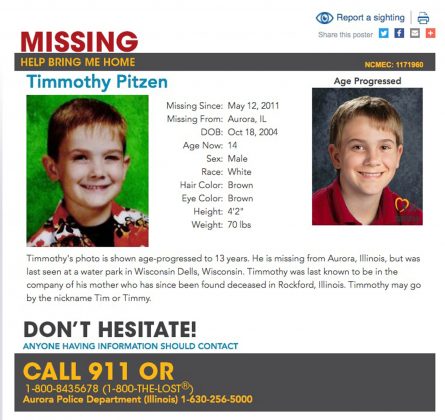 Timmothy Pitzen, missing since May 12, 2011, is shown in both an undated photo and a rendition of what he may look like at age 13 on a poster obtained by Reuters April 4, 2019. National Center for Missing & Exploited Children/Handout via REUTERS

By Gabriella Borter and Gina Cherelus

(Reuters) – Federal prosecutors on Friday charged a 23-year-old former convict with making false statements after he claimed to be Illinois teen Timmothy Pitzen, who went missing in 2011 after his mother committed suicide, according to court documents.

Brian Michael Rini was charged with lying to federal agents after he appeared in Newport, Kentucky on Wednesday and claimed he was 14-year-old Pitzen, telling them he had escaped from an eight-year ordeal at the hands of sex traffickers. Pitzen was last seen when he was six years old. 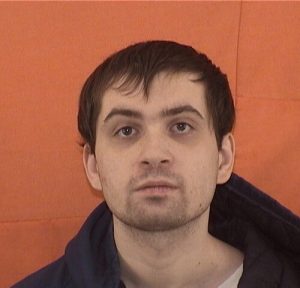 Rini’s lawyer, Karen Savir, did not immediately return calls seeking comment on the charges against her client.

“False reports like this can be painful to the families of missing children and also divert law enforcement resources in order to investigate these untruthful claims,” said Herb Stapleton, the acting special agent in charge for the Federal Bureau of Investigation in Cincinnati.

Rini had twice before claimed to be a child sex trafficking victim, according to federal court documents released on Friday before officials held a press briefing to discuss the case.

Rini’s claim was debunked on Thursday after DNA test results conducted at the Cincinnati Children’s Hospital confirmed he was not Pitzen.

Rini was released from the Belmont Correctional Institution on March 7 where he had been serving 14 months for burglary and vandalism, according to public records.

Pitzen was last seen in May 2011 with his mother, who pulled him out of school in Aurora, Illinois, a far-west suburb of Chicago, took him on a trip to a zoo and a water park, and then committed suicide in a motel room, leaving behind a cryptic note on her son’s whereabouts.

“Tim is somewhere safe with people who love him and will care for him,” she wrote in the note, according to reports by ABC7 Chicago. “You will never find him.”