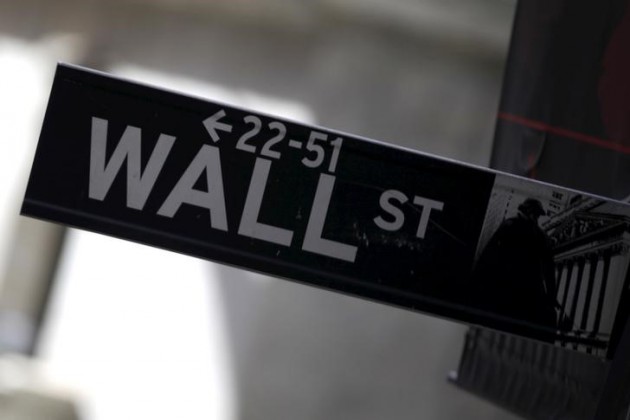 Revelation 6:5,6 NCV When the Lamb opened the third seal, I heard the third living creature say, "Come!" I looked, and there before me was a black horse, and its rider held a pair of scales in his hand. Then I heard something that sounded like a voice coming from the middle of the four living creatures. The voice said, "A quart of wheat for a day's pay, and three quarts of barley for a day's pay, and do not damage the olive oil and wine!"

NEW YORK (Reuters) – A key overnight borrowing cost for Wall Street surged on Thursday to its highest level since the height of the global credit crunch in the fall of 2008, as investors slashed their lending to dealers and banks at quarter-end.

The interest rate on the $5 trillion repurchase agreement market jumped to 0.85 percent late on Thursday, nearly double the level at Wednesday’s close <USONRP=GCMN>, according to data from interdealer broker ICAP.

In the repo market, Wall Street dealers borrow from money market funds and other investors and pledge their Treasuries and other securities they own as collateral.

Around the time before and shortly after collapse of Lehman Brothers in September 2008, this short-term lending cost spiked above 2 percent, ICAP data showed.

Since the financial crisis, repo rates have risen at the end of a quarter as money funds and other investors reduced their lending to conserve cash for reporting and regulatory purposes. They have retreated with the start of a new quarter.

“But today, are higher rates a function of the repo market returning to normal? Or is it a sign of declining liquidity on quarter-end?” Scott Skrym, managing director at Wedbush Securities, wrote in a research note.

According to Skrym, Thursday’s repo rate was quoted as high as 1.75 percent, well above its recent average of 0.57 percent.

Meanwhile, money funds, mortgage finance agencies and other key repo lenders preferred to park their cash at the Federal Reserve on Thursday.

The U.S. central bank awarded $303.85 billion of its fixed-rate reverse repos to bidders, the most since the last day of the final quarter of 2015.

The Fed’s reverse repo program is seen as a critical policy tool that drains money from the financial system in an effort to achieve the Fed’s interest-rate objectives.

The Fed currently pays money funds and other participants an interest rate of 0.25 percent to hold its Treasuries overnight.

One thought on “U.S. repo rates jump to highest level since 2008 at quarter-end”