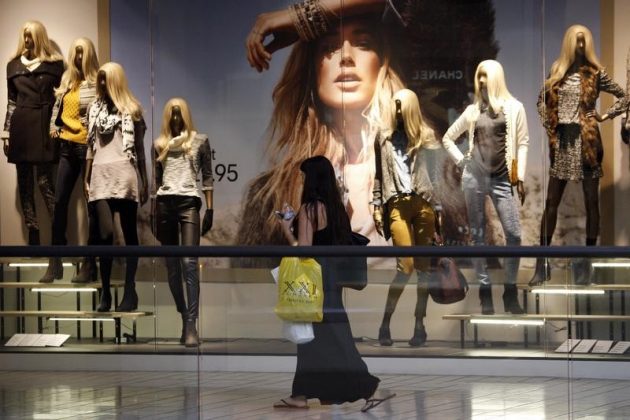 WASHINGTON, June 14 (Reuters) – U.S. retail sales recorded their biggest drop in more than a year in May amid declining purchases of motor vehicles and discretionary spending, which could temper expectations for a sharp acceleration in economic growth in the second quarter.

The Commerce Department said on Wednesday retail sales fell 0.3 percent last month after an unrevised 0.4 percent increase in April. May’s decline was the largest since January 2016 and confounded economists’ expectation for a 0.1 percent gain.

Retail sales rose 3.8 percent in May on a year-on-year basis. Some of the drop in monthly retail sales reflected lower gasoline prices, which weighed on receipts at service stations.

These so-called core retail sales correspond most closely with the consumer spending component of gross domestic product and were previously reported to have increased 0.2 percent in April.

Growth is expected to pick up this quarter after being held back by a near stall in consumer spending and a slower pace of inventory investment at the start of the year.

The economy grew at a 1.2 percent annualized rate in the first quarter after notching a 2.1 percent pace in the October-December period.

The Atlanta Fed is forecasting the economy growing at a 3.0 percent annualized rate in the second quarter, but this estimate could be trimmed following the weak core retail sales.

May’s surprise sluggishness in consumer spending, which accounts for more than two-thirds of the U.S. economy, could worry Federal Reserve officials who have previously attributed the slowdown in domestic demand to transitory factors.

Still, the U.S. central bank is expected to raise interest rates by 25 basis points later on Wednesday, the second increase this year. Further rate hikes are likely to depend on the outlook for inflation and economic growth.