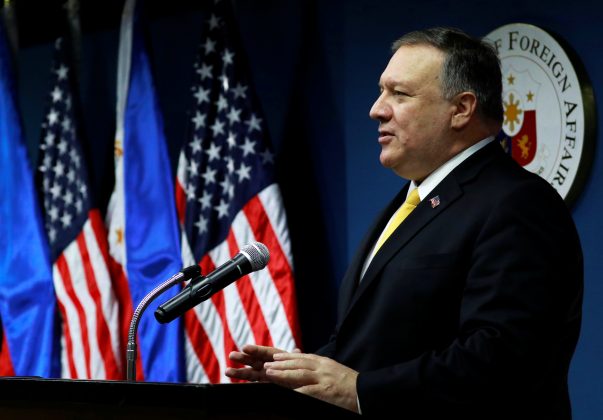 WASHINGTON (Reuters) – The U.S. State Department on Wednesday slammed human rights violations in China, saying the sort of abuses it had inflicted on its Muslim minorities had not been seen “since the 1930s.”

U.S. Secretary of State Mike Pompeo highlighted abuses in Iran, South Sudan, Nicaragua and China in the department’s annual “Country Reports on Human Rights Practices,” but told reporters that China was “in a league of its own when it comes to human rights violations.”

“For me, you haven’t seen things like this since the 1930s,” Michael Kozak, the head of the State Department’s human rights and democracy bureau told the same briefing, referring to abuses of China’s Muslim minority.

“Rounding up, in some estimations … in the millions of people, putting them into camps, and torturing them, abusing them, and trying to basically erase their culture and their religion and so on from their DNA. It’s just remarkably awful.”

Kozak said China had initially denied there even were camps, and is now saying “there are camps, but they’re some kind of labor training camps and it’s all very voluntary.”

The governor of Xinjiang said on Tuesday that China is running boarding schools, not concentration camps, in the far western region of China. The vast area bordering Central Asia is home to millions of Uighurs and other Muslim ethnic minorities.

“That does not match the facts that we and others are saying, but at least we’re starting to make them realize there is a lot of international scrutiny on this,” Kozak said, adding: “It is one of the most serious human rights violations in the world today.”

The report said that in the past year, the Chinese government had significantly intensified its campaign of mass detention of members of Muslim minority groups in the Xinjiang region.

It said authorities there were reported to have arbitrarily detained 800,000 to possibly more than two million Uighurs, ethnic Kazakhs and other Muslims in internment camps designed to erase religious and ethnic identities. 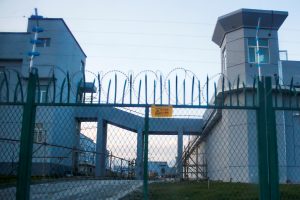 A perimeter fence is constructed around what is officially known as a vocational skills education centre in Dabancheng in Xinjiang Uighur Autonomous Region, China September 4, 2018. This centre, situated between regional capital Urumqi and tourist spot Turpan, is among the largest known ones, and was still undergoing extensive construction and expansion at the time the photo was taken. Police in Dabancheng detained two Reuters journalists for more than four hours after the photos were taken. REUTERS/Thomas Peter

The State Department report said government officials in China had claimed the camps were needed to combat terrorism, separatism and extremism. However, international media, human rights organizations and former detainees have reported that security officials in the camps abused, tortured and killed some detainees, it said.

Pompeo also said the Iranian government had killed more than 20 people and arrested thousands without due process for protesting for their rights “continuing a pattern of cruelty the regime has inflicted on the Iranian people for the last four decades.”

In South Sudan, he said that military forces inflicted sexual violence against civilians based on their political allegiances and ethnicity, while in Nicaragua, peaceful protesters had faced sniper fire and government critics had “faced a policy of exile, jail or death.”

The report also revised its usual description of the Golan Heights from “Israeli-occupied” to “Israeli-controlled.”

A separate section on the West Bank and Gaza Strip, areas that Israel captured along with the Golan Heights in a 1967 war in the Middle East, also did not refer to those territories as being “occupied,” or under “occupation.”