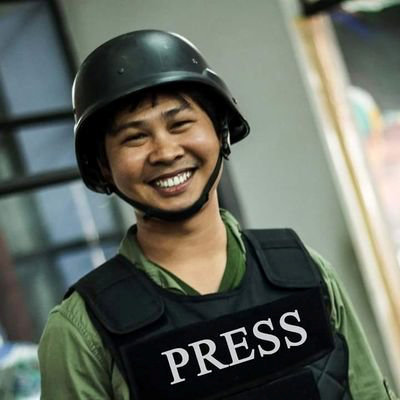 Reuters journalist Wa Lone, who is based in Myanmar, is seen in this undated picture taken in Myanmar. REUTERS/Stringer NO RESALES NO ARCHIVES

YANGON (Reuters) – The U.S. embassy in Myanmar said on Friday it was concerned that there had been no word on the whereabouts of two Reuters journalists three days after they were detained, and that authorities had not allowed their families to visit them.

Myanmar’s Ministry of Information said on Wednesday that the reporters, Wa Lone and Kyaw Soe Oo, and two policemen, faced charges under the British colonial-era Official Secrets Act, though officials have since disclosed that they have not been charged. The 1923 law carries a maximum prison sentence of 14 years.

The journalists had worked on stories about a military crackdown in Rakhine state, which has triggered the flight of more than 600,000 Rohingya Muslims to southern Bangladesh since the end of August.

“We remain concerned about Reuters journalists Wa Lone and Kyaw Soe Oo,” the U.S. embassy said in a statement on its Facebook page. “Their families and others have not been allowed to see them, and don’t even know where they are being held.”

In Japan, Prime Minister Shinzo Abe’s spokesman Motosada Matano, said the Japanese government is closely watching the situation. He said Japan has been conducting a dialogue with the Myanmar government on human rights in Myanmar in general.

Bangladesh, which is struggling to cope with the influx of refugees into its southern tip, condemned the arrests of reporters working for an agency that had shone a light for the world on the strife in Rakhine state.

“We strongly denounce arrests of Reuters journalists and feel that those reporters be free immediately so that they can depict the truth to the world by their reporting,” said Iqbal Sobhan Chowdhury, information adviser to Prime Minister Sheikh Hasina.

U.N. Secretary-General Antonio Guterres said on Thursday that the arrests were a signal that press freedom is shrinking in Myanmar and the international community must do all it can to get them released.

Wa Lone and Kyaw Soe Oo went missing on Tuesday evening after they had been invited to meet police officials over dinner on the northern outskirts of Yangon.

Gutteres said they were probably detained because they were reporting on the “massive human tragedy” in Rakhine state.

Rohingya refugees in Bangladesh say their exodus from the mainly Buddhist nation was triggered by a military offensive in response to Rohingya militant attacks on security forces.

The United Nations has branded the military’s campaign “a textbook example of ethnic cleansing” of the minority Rohingya.

POLICE HAVE 28 DAYS TO FILE A CASE

The Ministry of Information said the reporters “illegally acquired information with the intention to share it with foreign media”, and released a photo of the pair in handcuffs.

As of Friday evening, Reuters had not been formally contacted by officials about the detention of Wa Lone, 31, and Kyaw Soe Oo, 27.

A court official in the northern district of Yangon where they were detained, said that no paperwork had yet been filed relating to either journalist. The official said that usually cases are lodged 20-30 days after an arrest as suspects can be held in custody for up to 28 days without being charged.

Reuters President and Editor-in-Chief Stephen J. Adler has called for the immediate release of the journalists, saying in a statement on Wednesday that the global news organization was “outraged by this blatant attack on press freedom”.

Britain has expressed “grave concerns” to the government of Myanmar over the arrest of the two journalists, Foreign Secretary Boris Johnson told reporters in London on Thursday.

“We are committed to freedom of speech and people’s ability to report the facts and bring into the public domain what is happening in Rakhine state,” he said.