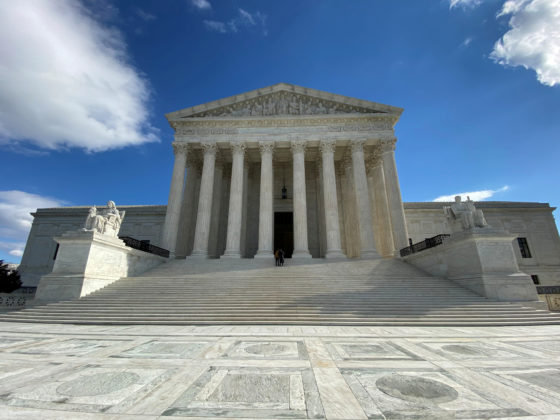 WASHINGTON (Reuters) – The U.S. Supreme Court narrowed the separation of church and state in a major ruling on Tuesday by endorsing Montana tax credits that helped pay for students to attend religious schools, a decision paving the way for more public funding of faith-based institutions.

In a 5-4 decision with the conservative justices in the majority and the liberal justices dissenting, the court backed a Montana program that gave tax incentives for people to donate to a scholarship fund that provided money to Christian schools for student tuition expenses.

The ruling, written by Chief Justice John Roberts, represented the court’s latest expansion of religious liberties, a priority of its conservative majority in recent years.

The court sided with three mothers of Christian school students who appealed after Montana’s top court invalidated the tax credit for violating the state constitution’s ban on public aid to churches and religious entities.

Roberts wrote, “A state need not subsidize private education. But once a state decides to do so, it cannot disqualify some private schools solely because they are religious.”

The justices faulted the Montana Supreme Court for voiding a taxpayer program merely because it can be used to fund religious entities, saying it violated the U.S. Constitution’s protection for the free exercise of religion.

President Donald Trump’s administration supported the plaintiffs in the case. His education secretary, Betsy DeVos, is a prominent supporter of such “school choice” plans. Christian conservatives are an important voter bloc for Trump, who is seeking re-election on Nov. 3.

Thirty-eight states have constitutional provisions like Montana’s barring public aid to religious entities. Opponents have said these provisions were the product of anti-Catholic bias and resulted in impermissible discrimination against religion.

Liberal Justice Stephen Breyer wrote in dissent that the ruling risks “entanglement and conflict” over where to draw the line between allowing free exercise of religion while protecting against government endorsement of religion, both of which are required under the Constitution.

The decision followed the court’s major 2017 religious rights ruling in favor of a Missouri church, Trinity Lutheran, that challenged its exclusion from state playground improvement grants generally available to other nonprofit groups. The court ruled in that case that churches and other religious entities cannot be flatly denied public money even in states whose constitutions explicitly ban such funding.

Churches and Christian groups in the United States have sought for years to widen access to taxpayer money for religious schools and places of worship, testing the limits of U.S. secularism.

The Montana tax credit program, created in 2015, provided up to $150 as an incentive for donations to groups that fund scholarships for tuition to private schools including religious schools. In practice, most of the money went to Christian schools. The one such scholarship organization currently operating provides $500 payments to schools, primarily to help lower-income students attend.

The dispute began when state tax officials limited the program to non-religious schools to comport with the state constitution’s prohibition on “direct or indirect” public aid to any church or “school, academy, seminary, college, university or other literary or scientific institution controlled in whole or in part by any church, sect, or denomination.”

The Montana Supreme Court struck down the scholarship program entirely in 2018 because it could be used to pay for religious schools. Most private schools in Montana are Christian.