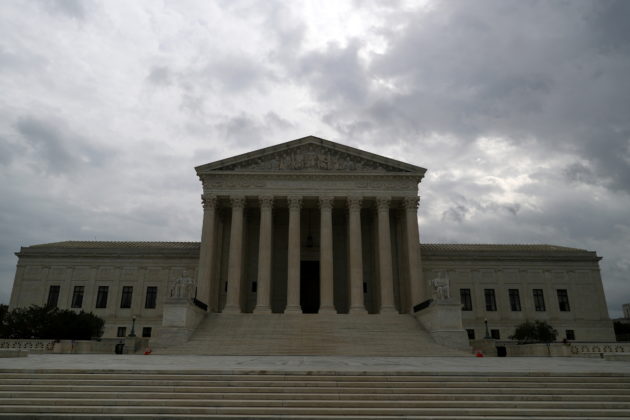 WASHINGTON (Reuters) -Texas’ new abortion ban, the strictest in the nation, stood on Thursday after the U.S. Supreme Court refused to block it, dealing a major blow to abortion rights by leaving in place the state law, which prohibits the vast majority of abortions.

The decision is a major milestone in the fight over abortion, as opponents have sought for decades to roll back access to the procedures.

By a 5-4 vote, the justices denied an emergency request by abortion and women’s health providers for an injunction on enforcement of the ban, which took effect early on Wednesday and prohibits abortion after six weeks of pregnancy, while litigation continues.

The law would amount to a near-total ban on the procedure in Texas – the United States’ second most populous state – as 85% to 90% of abortions are obtained after six weeks of pregnancy, and would probably force many clinics to close, abortion rights groups said.

One of the court’s six conservatives, Chief Justice John Roberts, joined its three liberals in dissent.

“Presented with an application to enjoin a flagrantly unconstitutional law engineered to prohibit women from exercising their constitutional rights and evade judicial scrutiny, a majority of justices have opted to bury their heads in the sand.”

In an unsigned explanation, the court’s majority said the decision was “not based on any conclusion about the constitutionality of Texas’s law” and allowed legal challenges to proceed.

But it remains a deeply polarizing issue, with a majority of Democrats supporting abortion rights and a majority of Republicans opposing them.

The decision illustrates the impact of former Republican President Donald Trump’s three conservative appointees to the nation’s highest court, who have tilted it further right. All were in the majority.

Such a ban has never been permitted in any state since the Supreme Court decided Roe v. Wade, the landmark ruling that legalized abortion nationwide, in 1973.

Texas is among a dozen mostly Republican-led states to ban the procedure once a fetal heartbeat can be detected, often at six weeks and sometimes before a woman realizes she is pregnant.

The court’s action over the Texas ban could foreshadow its approach in another case over a 15-week ban by Mississippi in which the state has asked the justices to overturn Roe v. Wade.

The court will hear arguments in the term beginning in October, with a ruling due by the end of June 2022.

The Texas law is unusual in that it prevents government officials from enforcing the ban and instead gives private citizens that power by enabling them to sue anyone who provides or “aids or abets” an abortion after six weeks, including a person who drives someone to an abortion provider.

Citizens who win such lawsuits would be entitled to at least $10,000.

That structure has alarmed both abortion providers, who said they feel like they now have prices on their heads, and legal experts who said citizen enforcement could have broad repercussions if it was used across the United States to address other contentious social issues.