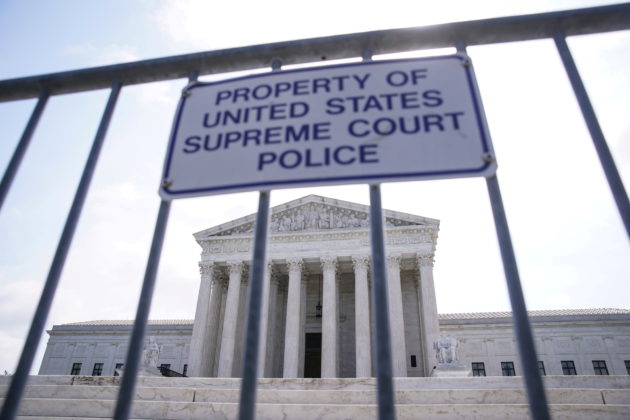 WASHINGTON (Reuters) -Police do not have unlimited authority to enter a home without a warrant when pursuing a person suspected of a without a warrant, the U.S. Supreme Court ruled on Wednesday in a case involving a California motorist chased home by an officer for honking his horn while listening to music.

By declining to endorse a broad interpretation of police power, the justices handed a victory to the driver, Arthur Lange, who is challenging his conviction of driving under the influence after the California highway patrol officer entered his garage without a warrant and performed a sobriety test.

The court, in a 9-0 decision authored by liberal Justice Elena Kagan, sent the case back to the California Court of Appeals. The justices rejected the lower court’s finding that warrants are not required in any situation in which police are in pursuit, even if the suspected crime is minor.

“The flight of a suspected misdemeanant does not always justify a warrantless entry into a home,” Kagan wrote.

“An officer must consider all the circumstances in a pursuit case to determine whether there is a law enforcement emergency,” Kagan added.

Although the justices were unanimous in tossing out the lower court decision, there was some disagreement among them on the law. Chief Justice John Roberts wrote in a separate opinion joined by fellow conservative Justice Samuel Alito that police should be able to complete an arrest when they are in pursuit of someone, even if the suspect enters a home.

“The Constitution does not demand this absurd and dangerous result. We should not impose it,” Roberts wrote

Lange was confronted inside his garage by officer Aaron Weikert in 2016. The ruling did not definitively resolve whether the sobriety test evidence can be used against Lange, who argued that it was obtained in violation of the U.S. Constitution’s Fourth Amendment ban on unreasonable searches and seizures.

The ruling was issued at a time of heightened scrutiny of police powers and use of force in the United States after several high-profile incidents in recent years involving the actions of law enforcement. Protests erupted in many cities last year against police brutality and racism.

After observing Lange driving and honking his horn, Weikert began following him and intended to stop him for violating local noise restrictions, a minor infraction that carries small fines, but did not immediately turned on the police vehicle’s emergency lights, according to filings in the case.

Lange was already in his driveway when the officer caught up with him and activated his emergency lights. Weikert pulled into the driveway as Lange was driving his car into his garage. Lange later said he did not know the officer had been following him.

The garage door was just about to close when Weikert stuck his foot under the door, preventing it from shutting.

Weikert said he smelled alcohol and ordered Lange to take a sobriety test. Lange was found to be more than three times over the legal limit and was charged with driving under the influence (DUI) and a noise infraction.

Lower courts ruled against Lange, deeming the incident a “hot pursuit” that allowed a warrantless entry.

Lange pleaded no contest to the DUI offense and was sentenced to 30 days in jail and three years of probation.

The California Court of Appeals in 2019 upheld Lange’s conviction. Lange then asked the Supreme Court to rule that police officers cannot evade the warrant requirement when chasing someone to their home when the underlying conduct constitutes a misdemeanor offense.

Under Supreme Court precedent, officers can enter a home without a warrant when they are in pursuit of a suspected felon.