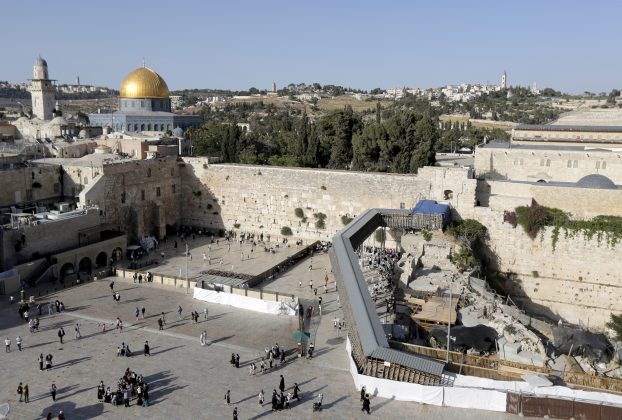 FILE PHOTO: A footbridge leads from the Western Wall to the compound known to Muslims as the Noble Sanctuary and to Jews as Temple Mount, in Jerusalem's Old City June 2, 2015. REUTERS/Ammar Awad/File Photo