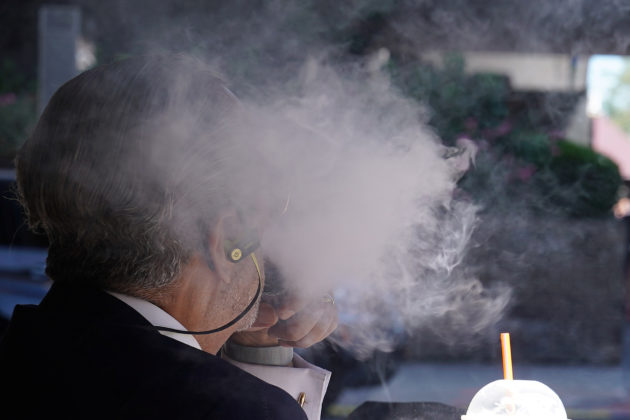 (Reuters) – U.S. health officials on Thursday reported 805 confirmed and probable cases and 12 deaths so far from a mysterious respiratory illness tied to vaping, with the outbreak showing no signs of losing steam.

U.S. public health officials have been investigating these illnesses, but have not linked it to any specific e-cigarette product.

As of Sept. 24, the confirmed deaths were reported in California, Florida, Georgia, Illinois, Indiana, Kansas, Minnesota, Mississippi, Missouri, and Oregon, the CDC said.

The House of Representatives began public hearings about the illness this week while Massachusetts imposed a four-month ban on sales of all vaping products, including those used for tobacco and marijuana, which is legal in the state.

Investigators have, however, pointed to vaping oils containing marijuana ingredient tetrahydrocannabinol (THC) or vitamin E acetate, a substance used in some THC products, as a possible cause of these illnesses.

The increased scrutiny also prompted leading e-cigarette maker Juul Labs to suspend all broadcast, print and digital product advertising in the United States and bring in a longtime Altria Group Inc executive as its CEO.

Public health officials have advised consumers to quit vaping and urged those who continue using the devices to avoid buying such products on the street, using marijuana-derived oil with the products or modifying a store-bought vape product.