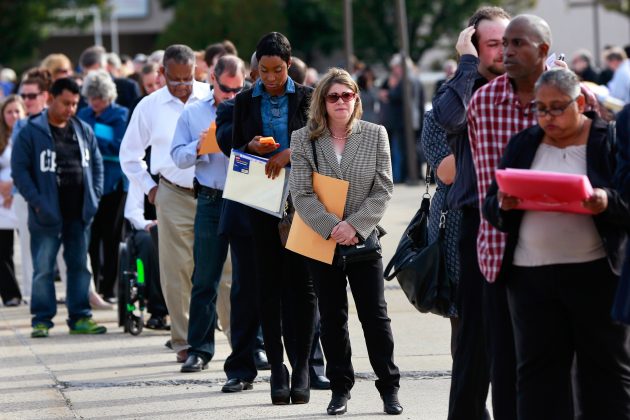 The economy, which received a temporary boost from volatile exports and inventory accumulation in the first quarter, is losing momentum as last year’s massive stimulus from the Trump administration’s tax cuts and spending increases fades.

Initial claims for state unemployment benefits slipped 1,000 to a seasonally adjusted 211,000 for the week ended May 18, the Labor Department said on Thursday. Data for the prior week was unrevised. Claims have now declined for three straight weeks.

Economists polled by Reuters had forecast claims would rise to 215,000 in the latest week. The Labor Department said no states were estimated last week.

U.S. stock index futures held losses and the dollar dipped against a basket of currencies after the release of the data. Prices of U.S. Treasuries were trading higher. Claims are settling down after some volatility in late April caused by difficulties adjusting the data for seasonal fluctuations around moving holidays like Easter, Passover and school spring breaks.

The four-week moving average of initial claims, considered a better measure of labor market trends as it irons out week-to-week volatility, dropped 4,750 to 220,250 last week.

Continuing strength in labor market conditions, marked by a the lowest unemployment rate in nearly 50 years, is likely to underpin the economy as it shifts into lower gear.

Retail sales and production at factories fell in April, while the housing market has mostly remained soft.

Gross domestic product estimates for the second quarter are below a 2.0 percent annualized rate. The economy grew at a 3.2 percent pace in the first quarter.

The four-week average of claims increased 18,750 between the April and May survey periods, suggesting some moderation in employment gains after payrolls surged by 263,000 jobs last month. The unemployment rate is at 3.6 percent.

Thursday’s claims report showed the number of people receiving benefits after an initial week of aid rose 12,000 to 1.68 million for the week ended May 11.

The four-week moving average of the so-called continuing claims increased 5,500 to 1.67 million.