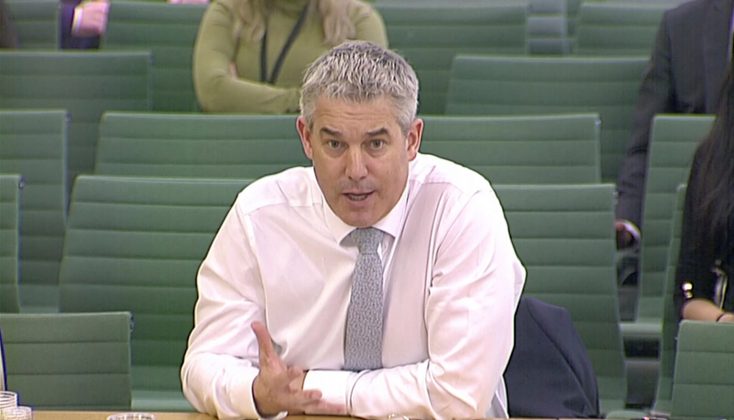 Britain's Secretary of State for Exiting the European Union Stephen Barclay is questioned by British lawmakers in the Parliament in London, Britain April 3, 2019, in this screen grab taken from video. Reuters TV via REUTERS

“You are then left with an unpalatable choice, in my view, but a choice nonetheless between either not having Brexit (…)or you end up with what is referred to as a softer Brexit,” Stephen Barclay told a committee of lawmakers on Brexit, when asked on the way forward.

“Ultimately, if that is where the numbers of the House of Commons go, then the government would, in order to bring this to a resolution in the national interest, would accept what the house voted for,” he said.