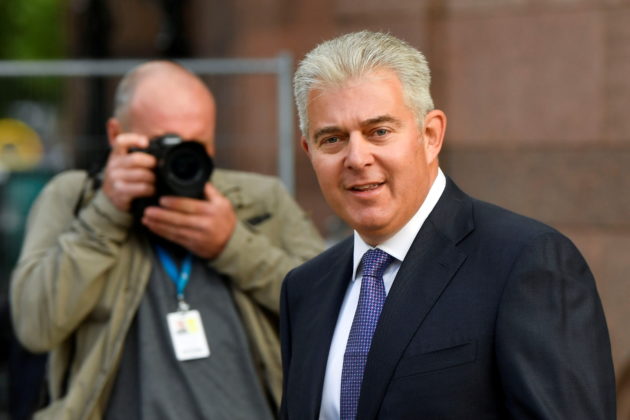 BELFAST (Reuters) -The United Kingdom’s Northern Ireland Secretary failed to comply with his duties to “expeditiously” provide women in the region with access to high quality abortion and post-abortion services, a judge in the British-run province ruled on Thursday.

Mr. Justice Colton declined, however, to issue an order compelling Secretary of State Brandon Lewis to set out a timetable for the provision of the services, and dismissed a claim for a judicial review against the jurisdiction’s minister of health and the Executive Committee.

Responding to the ruling on Twitter, Lewis said he believed “women from Northern Ireland should be entitled to the same reproductive rights as women across the rest of the UK” and he was “profoundly disappointed by the court’s verdict.”

He said in July he directed the Department of Health in Northern Ireland, the Health and Social Care Board, and the Minister of Health for Northern Ireland to commission and make abortion services available by March next year.

“I am hugely disappointed that the Executive and Department of Health are continuing to seem to willfully neglect the welfare and rights of women and girls in NI.”

Chief Commissioner Alyson Kilpatrick said the commission brought the case because of the unacceptable delay in the provision of adequate services and she welcomed the High Court judgment.

“This was an important case for the Commission to take to uphold the human rights of women and girls in Northern Ireland,” she said.

“Abortion was legalized in Northern Ireland in 2019. Yet in 2021 women and girls continue to have to travel to England to access abortion services, are forced to continue a pregnancy against their wishes or take unregulated abortion pills.”

A new legal framework for abortion services took effect in March 2020, but devolved government services have not yet been properly introduced and funded because of disagreements between anti-abortion and pro-choice politicians.

The High Court found that between April 2020 and March 2021, Lewis failed to comply with the 2019 Act in that he failed to ensure expeditiously that the state provide women in Northern Ireland with access to high quality abortion and post-abortion care in all public health facilities.

The court noted that the situation is a fluid one with ongoing developments.