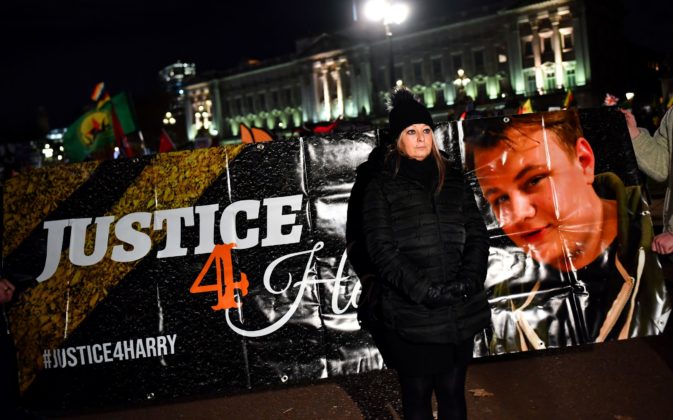 LONDON (Reuters) – British prosecutors said on Friday they had decided to charge the wife of a U.S. diplomat over a fatal car crash in England and to seek her extradition, a decision that “disappointed” Washington.

Harry Dunn, 19, died after his motorcycle was in a collision with a car driven by Anne Sacoolas near RAF Croughton, an air force base in the English county of Northamptonshire that is used by the U.S. military.

Sacoolas, 42, was given diplomatic immunity and left Britain shortly after the accident, setting off a dispute between London and Washington over whether she should return to face investigation.

She said she would not return voluntarily to face a potential jail sentence.

Britain’s Crown Prosecution Service (CPS) said on Friday it would charge Sacoolas with causing death by dangerous driving and had started legal proceedings.

But it said it was up to the Home Office (interior ministry) to decide whether to seek Sacoolas’ extradition formally through diplomatic channels.

British foreign minister Dominic Raab welcomed the charging decision, adding in a statement: “I hope that Anne Sacoolas will now realize the right thing to do is to come back to the UK and cooperate with the criminal justice process.”

“We are disappointed by today’s announcement and fear that it will not bring a resolution closer,” a State Department spokesperson said.

“The United States has been clear that, at the time the accident occurred, and for the duration of her stay in the UK, the driver in this case had status that conferred diplomatic immunities.”

Sacoolas’ lawyer Amy Jeffress said her would not be going back to Britain to face trial.

“Anne will not return voluntarily to the United Kingdom to face a potential jail sentence for what was a terrible but unintentional accident,” Jeffress said in a statement.

Dunn’s case gained international prominence when his parents met U.S. President Donald Trump at the White House in October, an occasion he described as “beautiful” but “sad”.

Trump hoped to persuade them meet Sacoolas, who was in the building at the same time, but they declined.

Sacoolas initially cooperated with local police after the crash, but later said she had diplomatic immunity.

The White House and the U.S. Department of Justice did not immediately respond to a request for comment.

The maximum jail sentence in Britain for causing death by dangerous driving is 14 years.

Dunn’s mother, Charlotte Charles, broke down in tears after finding out charges had been brought, saying it meant she had kept a promise to her son to get him justice.

“We had no idea it was going to be this hard and it would take this long, but we really do feel it is a huge step towards that promise to Harry,” she told reporters.

Edward Grange, a partner at the criminal law firm Corker Binning, said Sacoolas could voluntarily attend a hearing in Britain and that if she failed to appear, it could lead to an extradition request.

“The prospect of an extradition request succeeding remains to be seen, particularly in light of comment from the Trump Administration that it is very reluctant to allow its citizens to be tried abroad,” he said.