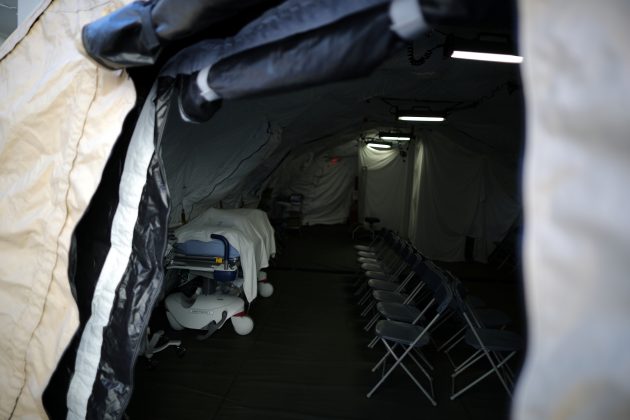 An estimated 69,000 to 84,000 Americans were hospitalized due to the flu in the last three months, the Centers for Disease Control and Prevention (CDC) said on Friday.

The nation saw one of the worst flu outbreaks in nearly a decade during the 2017-2018 season, with more than 900,000 cases of hospitalizations and over 80,000 deaths, the CDC estimates https://www.cdc.gov/flu/spotlights/press-conference-2018-19.htm#ref1.

Between Oct. 1, 2018 and Jan. 5, 2019, about 6 million to 7 million people were reported to have contracted the flu, according to data collected by the health agency.

Health regulators have been trying to combat flu outbreaks in the United States and the U.S. Food and Drug Administration approved the first new flu medication in nearly two decades last year.

The CDC last month (click here https://www.cdc.gov/flu/spotlights/flu-activity-elevated.htm) signaled the start of the flu season, saying that 24 states and Guam were reporting widespread cases, with the H1N1 virus being the predominant strain.

The dominant flu strain during the last season, H3N2, has been linked with severe disease and death, particularly among children and the elderly.

The agency continues to recommend vaccination as the best way to reduce the risk of flu and advised people who are at high-risk category to approach hospital for treatment with a flu antiviral drug.