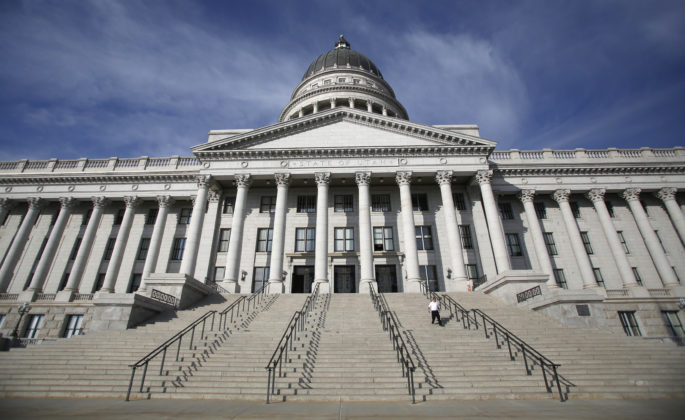 SALT LAKE CITY (Reuters) – The Utah state Senate voted unanimously on Tuesday to effectively decriminalize polygamy among consenting adults, approving a bill to reduce the penalty for plural marriage from a felony to an infraction on par with a traffic ticket.

The Republican-sponsored bill easing the law on polygamy, a practice with deep religious roots in the predominantly Mormon Western state, now moves to the Utah House of Representatives, where it is likely to face greater resistance.

Under current law, the practice of polygamy in Utah – typically involving a man who cohabitates with and purports to marry more than one wife – is treated as a third-degree felony punishable by up to five years in prison.

If the newly passed Senate bill becomes law, punishments for plural marriage would be limited to fines of up to $750 and community service. No jail time could be imposed.

The chief sponsor of the measure, Senator Diedre Henderson, said the intent of the bill is not to legalize polygamy but to lower the penalties so that those from polygamous communities who are victims of crimes can come forward without fear of being prosecuted themselves.

The legislation also would make it easier for otherwise law-abiding polygamists to obtain access to critical services such as medical or mental health care, education or even employment without fear.

Opponents of decriminalization say the current law should not be changed because polygamy is inherently dangerous and harmful to women and children, particularly young girls, some of whom have been forced into marriages with older men.

Polygamy is a remnant of the early teachings of the Utah-based Church of Jesus Christ of Latter-day Saints, whose members fled persecution over the practice to settle the Utah territory in 1847. The church disavowed polygamy in 1890 as a condition of Utah statehood, and today members of the faith found to be practicing plural marriage are excommunicated.

Fundamentalist Mormons, said to number more than 30,000 across the Western United States, believe they are adhering to the truest form of Mormon doctrine, which promises polygamists glorification in heaven.