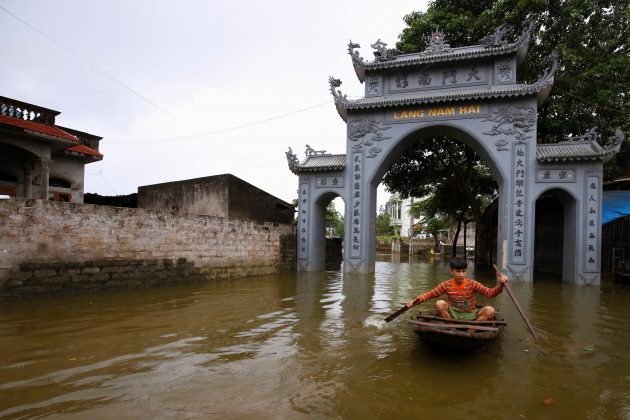 A boy paddles a boat past a flooded village's gate after a heavy rain caused by a tropical depression in Hanoi, Vietnam October 16, 2017. REUTERS/Kham

Last week’s floods were the worst in years, the government and state-run Vietnam Television said, with thousands of homes submerged. Another 200 houses collapsed and several towns remain cut off by the floodwater. 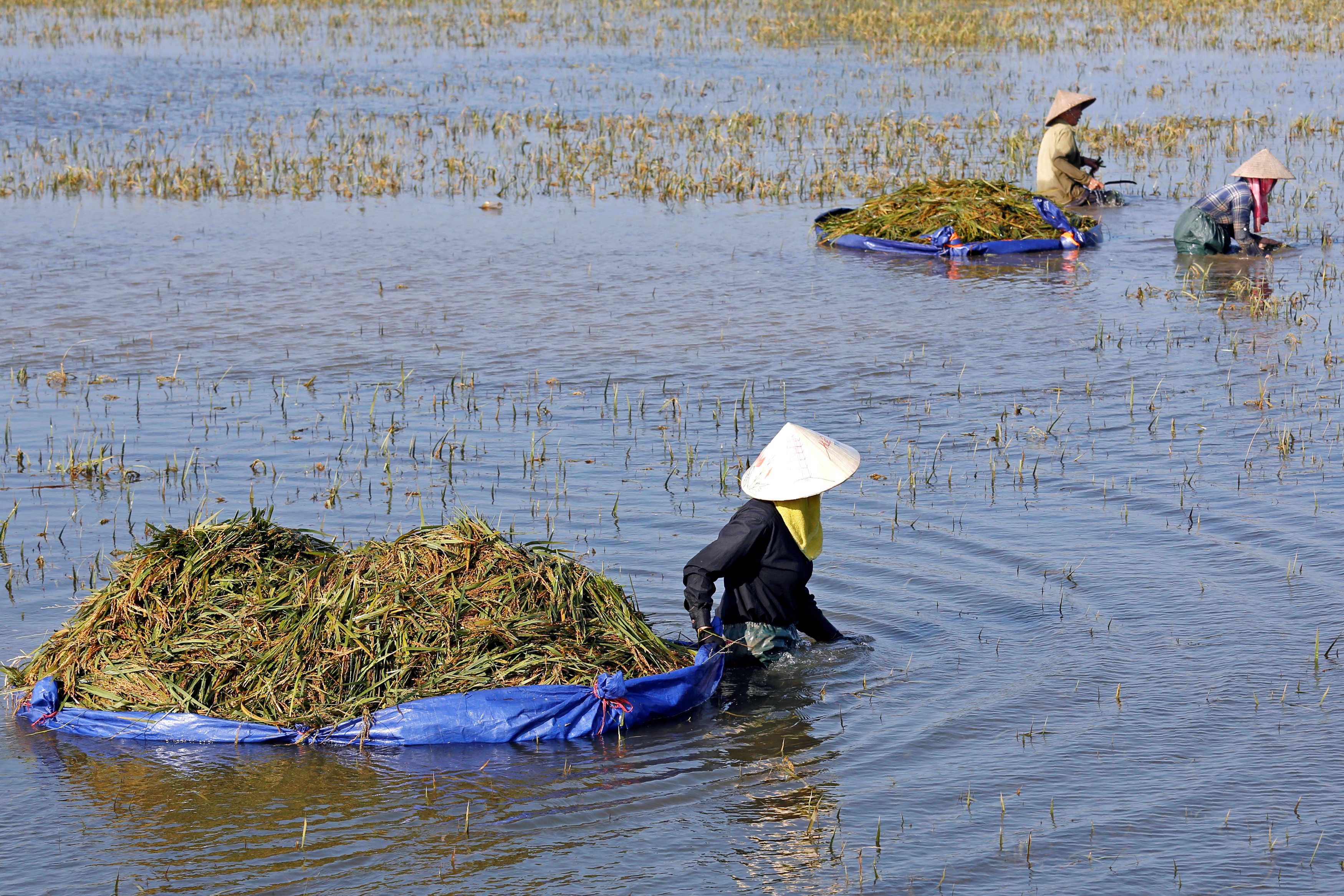 Farmers harvest rice on a flooded field after a heavy rainfall caused by a tropical depression in Ninh Binh province, Vietnam October 14, 2017. REUTERS/Kham

Vietnam is the world’s third-largest exporter of rice and the second-biggest producer of coffee, although the floods have not affected the Southeast Asian nation’s coffee belt.

Eighteen people from the hardest-hit province of Hoa Binh in the north were buried by a landslide, but only thirteen bodies have been found, Vietnam’s disaster agency said.

The government has said it is fixing dykes, dams and roads damaged by last week’s flood and is preparing for typhoon Khanun, which is expected to cause heavy rain in northern and central Vietnam from Monday.

It has also warned ships and boats to avoid the approaching typhoon.

Vietnam is prone to destructive storms and flooding due to its long coastline. A typhoon wreaked havoc across central provinces last month.

Floods have also affected nine out of 77 provinces in Thailand, Vietnam’s neighbor to the west. Three people had been killed in flooding since last Tuesday, Thailand’s disaster agency said on Monday.

The Thai capital, Bangkok, was hit by heavy rain at the weekend, with gridlocked traffic bringing parts of the city to a standstill. Bangkok has often been described as the “Venice of the East” because of its many waterways.

However, the floods prompted criticism of Bangkok’s city government, with some social media users accusing authorities of not managing water levels in canals properly.

The city government defended itself, saying it was working closely with the irrigation department. Thailand suffered its worst flood in five decades in 2011, with hundreds of people killed, industrial estates engulfed and key industries crippled.