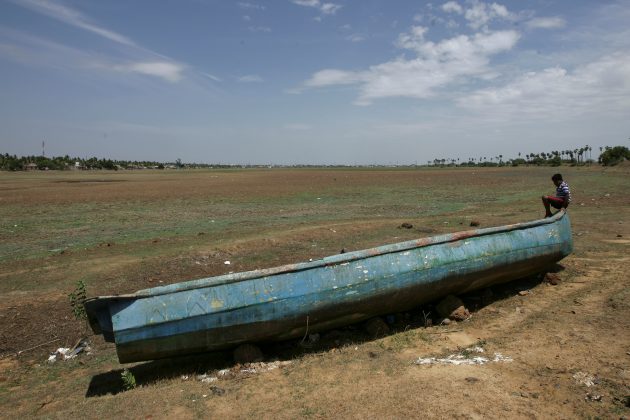 CHENNAI (Reuters) – In the small village of Bangarampettai, 20 miles from India’s manufacturing capital Chennai, about 150 people last month “captured” a water tanker, breaking its windscreen and deflating its tires before handing it over to a nearby police station.

People living on the outskirts of this southern Indian metropolis are blocking roads and laying siege to tanker lorries because they fear their water reserves are being sacrificed so city dwellers, businesses and luxury hotels don’t run out.

“Private tankers have fitted more than eight bore wells in our village and are indiscriminately extracting thousands of liters of water every day,” the Bangarampettai villagers wrote in a letter to a government official in the region a day after they stopped the tanker.

Bad water management and a lack of rainfall mean that all four reservoirs that supply Chennai, a carmaking center dubbed “India’s Detroit”, have run virtually dry this summer. That has forced some schools to shut, companies to ask employees to work from home and hotels to ration water for guests.

Other Indian cities, including the capital New Delhi and technology hub Bengaluru, are also grappling with serious water shortages.

But the problem is most acute in Chennai, where local tensions have been inflamed by the Tamil Nadu state government tapping wells normally used for agriculture and villagers’ daily needs.

In their letter, the Bangarampettai residents said they had petitioned government officials, including the district’s top administrator, several times, but the tankers keep returning. “We don’t have water in one of the two water tanks in the village now because the private tankers have been extracting water day and night,” said S Arul, a local signboard painter.

Groundwater levels in Chennai’s neighboring districts, Thiruvallur and Kancheepuram, fell at a faster rate in May than the state average in districts excluding Chennai, data from the state’s public works department showed. Data for Chennai district has not been made public. The Kancheepuram district to the southeast of the city, which includes the factories of many foreign automakers, saw groundwater levels deplete more than 6 ft (1.88 meters), or three times the state average, to about 20 ft during the year ended May 2019, the data showed.

There is no sign yet that the factories are having to reduce production because of the shortage.

M Jeeva, 27, who runs a hardware store near Bangarampettai, said he followed trucks taking the village’s water back into the city and found they mostly supply hotels and companies.

Two of the biggest lakes in Thiruninravur, the nearest town to Bangarampettai, are dry. When Reuters visited, a fishing boat could be seen grounded and abandoned while children played cricket in the middle of the dry lakebed.

In Poochi Athipedu, another village on the city’s outskirts, a local landowner S Ramesh allowed private tankers to sink bore wells and extract water, leading to protests by the local community.

Officials, though, say there is no reason to be worried.

“Water is being extracted only from regions within the district where there is sufficient water,” said Mageswari Ravikumar, Thiruvallur’s top administrative official, adding that the district administration had stopped some water tankers that were extracting water illegally.

Two state government officials said residents in at least three other villages in the district – where much of the population relies on cultivating rice and sugar cane – blocked roads in protest over worries about falling groundwater levels.

And N Nijalingam, president of the South Chennai Private Water Tankers Association, confirmed some tankers have been chased away, while others have had confrontations with angry crowds on the city’s outskirts.

More than 5,000 water tankers have been traveling within a 35-mile (55-km) radius of the city to pick up water for Chennai, he said.

Like many Indian cities, Chennai’s growth over the past 20 years has been rapid and haphazard. Its population will have likely more than doubled to 10.7 million by 2020, from 4.6 million in 2011, according to the United Nations.

The Chennai municipality provides more than half of the city’s water through piped supplies and tankers hired by the authorities, with the rest handled by private firms, according to Sekhar Raghavan, director of the Chennai-based Rain Centre.

Across the city’s poorer suburbs, there are many signs of the shortage.

In Shanmugapuram, a suburb in the Thiruvallur district located right beside one of Chennai’s biggest water sources, women of all ages holding blue and green plastic pots shouted slogans demanding water last week outside a government office.

At a water distribution point in North Chennai, people crowded around taps, with some arriving on the three-wheeler auto-rickshaws loaded with as many pots and buckets as they could carry.

The state government last decade made it mandatory to install rainwater harvesting structures in new buildings, but locals say it hasn’t been properly adopted.

Harsh Koda, Coordinator of FOMRAA, a residents association in the city, said people in his locality were paying up to 70 percent more to buy water from private water tankers.

Residents in Chennai say the waiting period for city corporation-run water tankers, which deliver water at a lower price, is as long as 25 days.