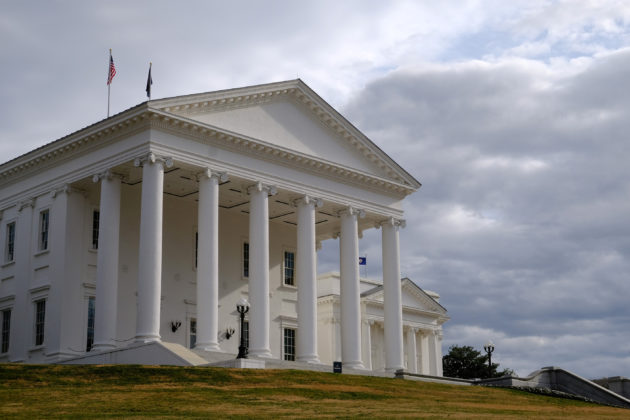 The Virginia State Capitol, the seat of state government of the Commonwealth of Virginia, is pictured in Richmond, Virginia, U.S, February 8, 2019. REUTERS/Jay Paul

By Brendan O’Brien and Jonathan Allen

(Reuters) – Lawmakers in Virginia voted on Friday to make it the first Southern U.S. state to abolish the death penalty, a significant sign of waning support for capital punishment across the country as the practice is weighed at the federal level.

The state’s Democratic-led House of Delegates voted 57-41 on a measure to end the practice. The Senate passed the measure earlier this week, and Governor Ralph Northam, a Democrat, said he will sign the repeal into law.

Virginia has conducted 1,390 executions since 1608, the most in the United States and 68 more than Texas, the state with the second most executions. Virginia last carried out an execution in 2017.

Two men remain on Virginia’s death row, including Thomas Porter, who was convicted of killing a police officer in 2005.

Public support for capital punishment has declined in the United States. According to Gallup, support has dropped from 80% in the 1990 to 55% in 2020.

It is also being weighed at the national level.

Democrat Joe Biden took office last month as the first U.S. president to commit to seeking to abolish the federal death penalty. Lawmakers in Congress are asking him to support bills that would repeal the death penalty.

Most countries have abolished capital punishment, and the United Nations has long called for a moratorium on executions and urged its abolition worldwide.

(Reporting by Brendan O’Brien in Chicago and Jonathan Allen in New York; Editing by Leslie Adler and David Gregorio)