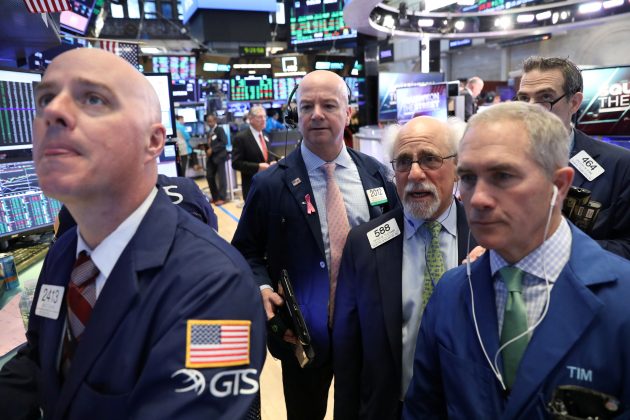 (Reuters) – U.S. stocks gained on Friday, led by a bounce in shares of financials, as investors were optimistic about the ongoing trade talks to resolve a bruising tariff dispute between the United States and China.

Talks between the world’s largest economies will continue next week in Washington, with both sides saying this week’s negotiations in Beijing made good progress.

“Trade talks have been completed in Beijing and the good news is that they are planning on having another round of negotiations in Washington next week,” said Art Hogan, chief market strategist at National Securities in New York.

“The market is predicated on a positive outcome from the trade negotiations.”

Hopes of a trade deal ahead of a March 1 deadline has helped the trade-sensitive industrial sector gain more than 16 percent so far this year, making it the best performing S&P sector.

Leading the gains among the 11 major S&P sectors trading higher were financial companies up 1.66 percent, after a more than 1 percent fall in the prior session.

The sector was hit by a fall in U.S. treasury yields on Thursday after bleak retail sales data in December suggested a sharp slowdown in economic activity at the end of 2018.

Another concern for markets was a threat by President Donald Trump to declare a national emergency in an attempt to fund his U.S.-Mexico border wall without congressional approval.

Still, he agreed to sign the bill that lacked money for his wall, but prevents another damaging government shutdown.

The S&P index recorded 38 new 52-week highs and no new lows, while the Nasdaq recorded 43 new highs and 10 new lows.