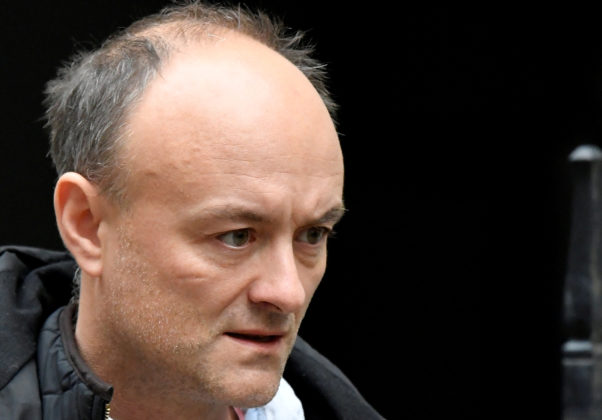 LONDON (Reuters) – The senior adviser to Prime Minister Boris Johnson, who plotted Brexit and steered his boss to last month’s election triumph, is on the lookout for “weirdos and misfits with odd skills” to help bring new ideas to Britain’s government.

“We want to improve performance and make me much less important — and within a year largely redundant,” Dominic Cummings said in a post on his blog on Thursday.

“We do not have the sort of expertise supporting the PM and ministers that is needed. This must change fast so we can properly serve the public.”

Cummings, who has made no secret of his disdain for much of the way Britain’s civil service operates, said he had been lucky to have worked with some fantastic officials in recent months.

“But there are also some profound problems at the core of how the British state makes decisions,” he said.

Cummings was one of the senior campaigners behind the Vote Leave victory in the 2016 Brexit referendum and was described by former Prime Minister John Major as “political anarchist.”

In his blog, Cummings said rapid progress could now be made on long-term problems thanks to the combination of policy upheaval after Brexit, an appetite for risk among some officials in the new government and Johnson’s big majority in parliament.

The government was looking to hire data scientists and software developers, economists, policy experts, project managers, communication experts and junior researchers as well as “weirdos and misfits with odd skills,” he said.

“We need some true wild cards, artists, people who never went to university and fought their way out of an appalling hell hole,” Cummings said.