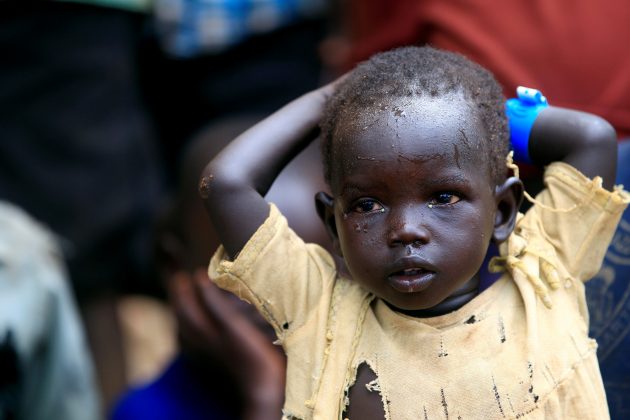 FILE PHOTO: A child displaced due to fighting in South Sudan arrives in Lamwo after fleeing fighting in Pajok town across the border in northern Uganda April 5, 2017. REUTERS/James Akena/File Photo

NAIROBI (Reuters) – War and famine have forced more than 2 million children in South Sudan to flee their homes, the United Nations said on Monday, as 21 people died in the latest attack on civilians by unknown gunmen.

The civil war in the oil-producing country began when President Salva Kiir fired his deputy in 2013, two years after the country won independence from neighboring Sudan.

The fighting that followed split the country along ethnic lines, spurred hyperinflation and plunged parts of the nation into famine, creating Africa’s biggest refugee crisis since the Rwandan genocide in 1994.

“No refugee crisis today worries me more than South Sudan,” Valentin Tapsoba, the Africa chief for the U.N. refugee agency UNHCR, said in a statement.

In a country of 12 million people, nearly three in every four children do not go to school, UNHCR and the U.N. children’s agency UNICEF said. More than 1 million children have fled outside South Sudan while another 1 million are internally displaced.

The agencies said more than a thousand children have been killed in the fighting. The true figure may be much higher since there are no accurate death tolls available for South Sudan, one of the world’s least developed nations. 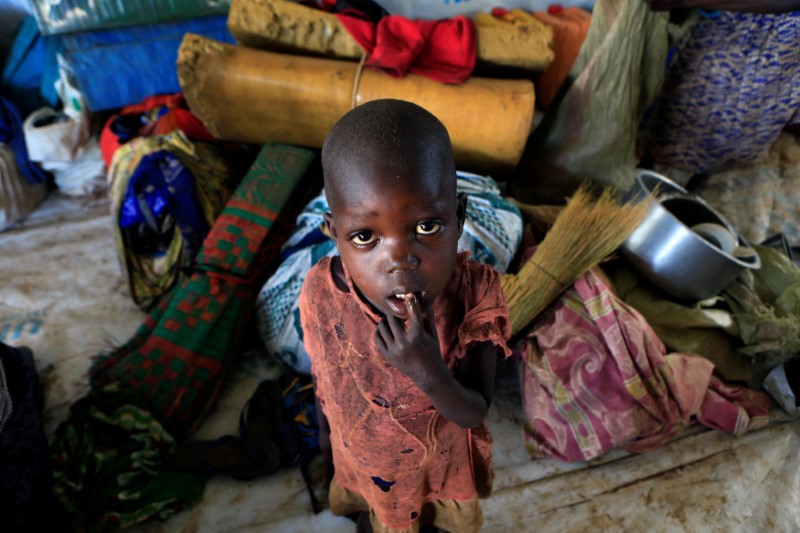 FILE PHOTO: A displaced boy from South Sudan stands next to family belongings in Lamwo after fleeing fighting in Pajok town across the border in northern Uganda April 5, 2017. REUTERS/James Akena/File Photo

Separately, an official told Reuters that two commercial vehicles carrying passengers were attacked at two checkpoints along the Juba-Bor road on Friday.

“One commercial vehicle coming from Juba was attacked at a checkpoint in Jamaza and the other at Sudan Safari,” said Jacob Akech Deng, the Jonglei province’s state minister of information.

“We have received, and saw 21 people killed and 25 injured at Bor Hospital,” he told Reuters, referring to areas along the highway.

Many South Sudanese refugees have fled into neighboring Uganda, Kenya, Sudan or Ethiopia, nations which are already struggling to provide enough food and resources for their own populations.