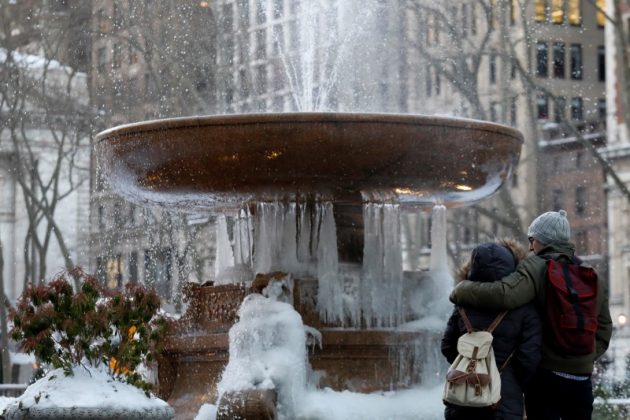 A couple embraces in front of an ice-covered fountain in Bryant Park in New York City, U.S. March 16, 2017. REUTERS/Brendan McDermid