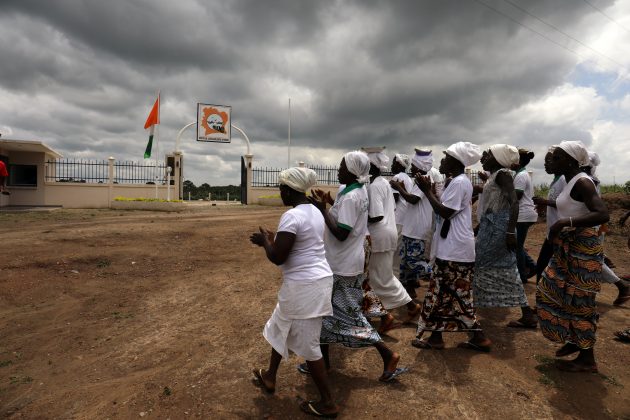 KUNTA KINTEH ISLAND, Gambia (Reuters) – When Gambian boat captain Abdoulie Jabang ferries visitors to Kunta Kinteh island he tells them that the waves lapping the shores of the former slave site threaten to wash history away.

Situated at the mouth of the Gambian river, the island is home to one of the many forts that dot the West African coast – crumbling reminders of the centuries-long transatlantic slave trade that tore millions of Africans from their homes.

As Jabang steered his blue-painted wooden boat through the water, he gestured towards Kunta Kinteh, whose ruined fortress shaded by giant baobab trees is threatened by erosion.

“You see the island is very small now,” he said. 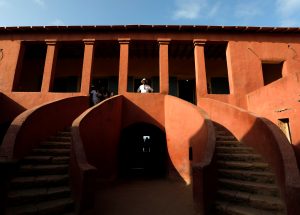 “We have to preserve this island for the young coming generations – we need to let them know about it. We should never forget what this land has been used for.”

From Senegal’s Goree Island at Africa’s western-most point to the Nigerian port of Badagry on the Gulf of Guinea, the sites where slaves spent their final days on African soil have turned into places of pilgrimage and remembrance.

Many have seen a surge in visitors this year, which marks 400 years since the first record of African slaves arriving in North America.

Tourists can walk along the cannon-studded ramparts of slave fortresses or pass through the points of ‘No Return’, where slaves were marched in chains to waiting ships.

Some who live and work in the shadow of the landmarks see the sites as a reminder not to let history repeat itself. 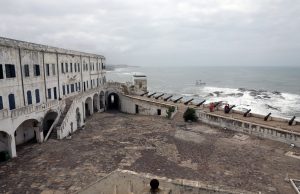 Canons are seen at the Cape Coast Castle, one of several slave forts build along the Gold Coast in Ghana, July 28, 2019. Picture taken July 28,2019. REUTERS/Siphiwe Sibeko

“Future generations need to know what is happening so that it does not happen again,” said Chief Seraphin Kpissi, whose village in Ivory Coast lies near a slave site on the banks of the Bodo river.

A tall stone slab wrapped in chains now stands as a memorial to the slaves who were forced to take a last bath in the Bodo’s muddy waters towards the end of their march to the coast.

The memorial was erected with the participation of UNESCO, which has granted world heritage status to Kunta Kinteh island and several other West African sites due to the important testimony they provide of the slave trade.