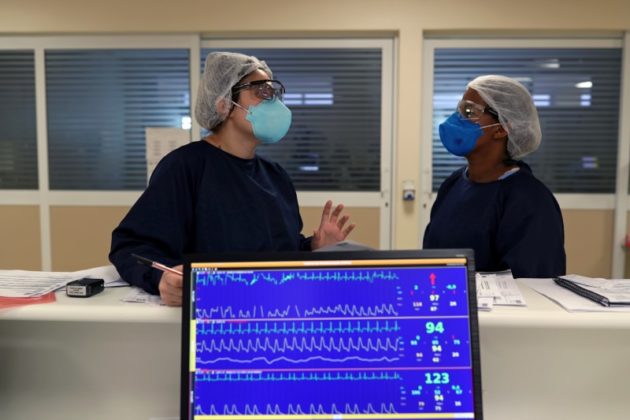 A triple whammy of crises

Battered by crisis after crisis, U.S. President Donald Trump appears to be in political peril as never before.

Since taking office in 2017, Trump has weathered storm after storm, always emerging with a fighting chance at re-election. After he survived an impeachment trial that saw him acquitted by the Republican-led Senate on Feb. 5, things looked up.

Now Trump’s Teflon shield is being put to an acid test as he faces a triple whammy – the biggest public health crisis in a century, the worst economic downturn in generations and the largest civil unrest since the 1960s.

European countries cautiously emerging from the onslaught of the coronavirus pandemic are looking to a second generation of contact tracing apps to help contain further outbreaks.

The latest apps have big advantages over earlier ones as they work on Apple’s iPhone, one of the most popular smartphones in Europe, and do not rely on centralized databases that could compromise privacy.

Switzerland, Latvia and Italy have opted for Bluetooth short-range radio for their apps, based on technology from Apple and Google that securely logs exchanges on the smartphones of people who have been near each other.

Representatives of more than 50 countries, including 35 heads of state or government, will come together virtually in London to raise funds for the GAVI vaccine alliance, a public-private global health partnership.

It may be necessary to stage a “simplified” Olympics next year due to the impact of the COVID-19 outbreak, Tokyo Governor Yuriko Koike said on Thursday.

The Yomiuri newspaper, citing government and organizing committee sources, said having fewer spectators, making Polymerase chain reaction (PCR) tests mandatory for all spectators – in addition to athletes and staff – and limiting movement in and out of the athletes’ village were among the options Japan would discuss with the International Olympics Committee.

Quarantined Florida residents worried about their laughter lines and crows’ feet need frown no longer – Botox is back, and it’s being offered at a drive-through.

On May 4, the U.S. state allowed a partial relaxing of restrictions imposed to slow the coronavirus pandemic. That means certain elective medical procedures could resume, including Botox injections and cosmetic surgery.