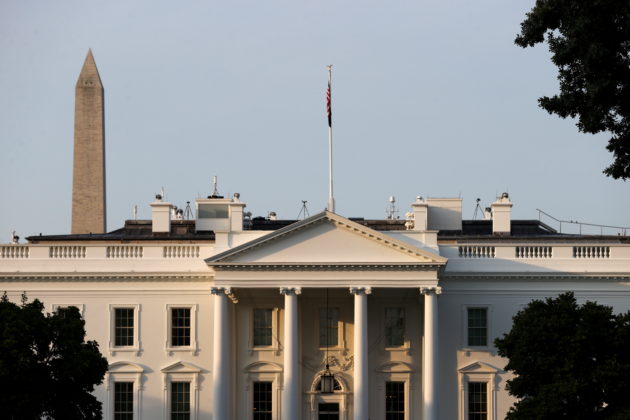 WASHINGTON (Reuters) -President Joe Biden’s aides on Tuesday asked Congress for billions in new funds to deal with hurricanes and other natural disasters as well as the evacuation of tens of thousands of people from Afghanistan.

The request for Congress to pass a short-term funding bill known as a continuing resolution underscored the financial strain posed by two crises that have occupied Biden in recent days.

It also set up a coming showdown with Congress over whether it will fund the full set of Biden’s policy priorities or even ongoing government functions by raising what is known as the debt ceiling.

About 124,000 people were evacuated last month from Kabul in a U.S.-led airlift of U.S. and other foreign citizens as well as vulnerable Afghans as the Taliban took control of the country during the chaotic American withdrawal from Afghanistan.

The evacuation was one of the largest airlifts in history but thousands of at-risk Afghans and about 100 U.S. citizens have remained behind.

Meanwhile, Biden was traveling in flood-damaged New Jersey on Tuesday, one of several states suffering in the aftermath of Hurricane Ida. The president has sought to highlight the financial toll of stronger storms whipped up by climate change.

Biden’s acting director of the Office of Management and Budget (OMB), Shalanda Young, said in a blog post that some of the temporary funding would go to still-unmet needs from prior hurricanes and wildfires even as the government responds to Hurricane Ida.

She also said most of the funds directed toward the Afghan effort would be for sites to process refugees from the country recently overtaken by the Taliban as well as public health screenings and resettlement resources.

The funding measure would give lawmakers additional time to negotiate over Biden’s proposals to spend trillions on new social safety net programs, infrastructure and other priorities he wants to fund with tax hikes on corporations and wealthy individuals.

Biden in May proposed a $6 trillion budget plan for the fiscal year that starts on Oct. 1, reflecting a sharp increase including measures for climate resilience. Lawmakers are also tangling over separate, Biden-backed legislation that would spent $1 trillion on infrastructure and $3.5 trillion on social safety net spending.

Young said the short-term spending bill “will allow movement toward bipartisan agreement on smart, full-year appropriations bills that reinvest in core priorities, meet the needs of American families, businesses and communities, and lay a strong foundation for the future.”

Congressional debate is expected to heat up in the coming weeks over whether lawmakers will raise the debt ceiling, the government’s ability to borrow to pay for programs it has already authorized. The Treasury is due to run out of money sometime in October.

Biden’s Democratic Party controls the House of Representatives and Senate by only narrow margins, with the balance of power at stake in elections next year.