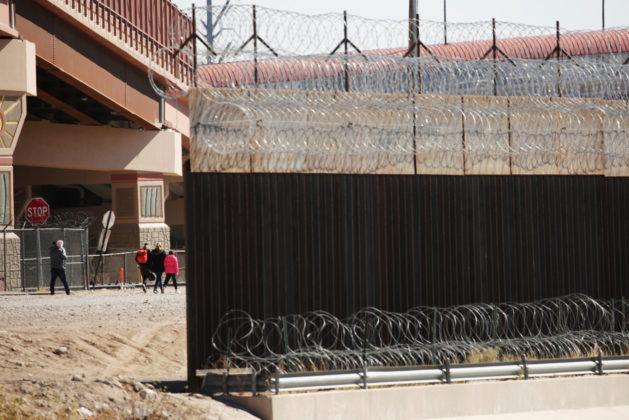 FILE PHOTO: Migrants are seen after crossing the Rio Bravo river to turn themselves in to U.S. Border Patrol agents to request for asylum in El Paso, Texas, U.S., as seen from Ciudad Juarez, Mexico February 9, 2021. REUTERS/Jose Luis Gonzalez

WASHINGTON (Reuters) – The United States will turn away most migrants caught at its border with Mexico under a Trump-era policy aimed at limiting the spread of coronavirus and to give the Biden administration time to implement “humane” asylum processing systems, a White House official said on Wednesday.

The White House comments follow reports of the release of some migrant families into the United States and increasing pressure on President Joe Biden to reverse the restrictive policies of his predecessor, former President Donald Trump.

“Now is not the time to come,” White House Press Secretary Jen Psaki said during a news briefing. “The vast majority of people will be turned away.”

U.S. officials in Texas last week released hundreds of Central American migrant families from custody amid concerns of overcrowding in Border Patrol facilities after local authorities in Mexico baulked at taking them back.

Carol Rose, executive director of the ACLU of Massachusetts, which filed a new lawsuit over the policy on Monday, said it uses a “guise” of public health to undermine legal protections for asylum seekers.

“Our fight for these families continues, until and unless the Biden administration ends this cruel practice once and for all,” Rose said in a statement.

The lawmakers said the removals appeared to go against Biden administration enforcement priorities outlined in a Jan. 20 memo and that it appeared immigration officials were “disparately targeting Black asylum-seekers and immigrants.”