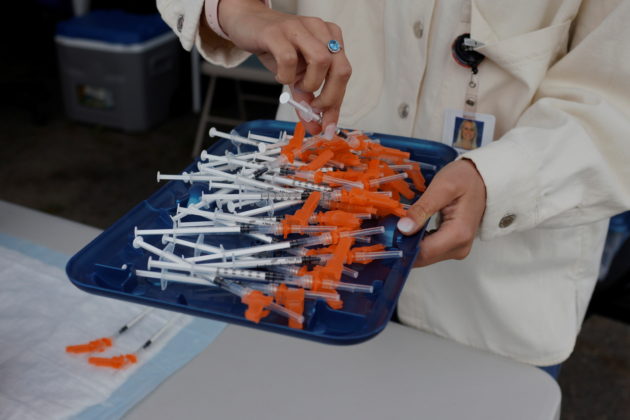 Biden’s government-wide push to accelerate vaccinations was paying off, with COVID-19 cases, hospitalizations and deaths down to their lowest levels since the start of the pandemic, the officials said.

While Biden would “make clear that there is more work to be done” to ensure an equitable response to the pandemic, the U.S. economy was experiencing its strongest rebound in decades, the White House said.

“The results are clear: America is starting to look like America again, and entering a summer of joy and freedom,” the White House said in a fact sheet.

The U.S. death toll remains the highest in the world, although other countries, including Brazil, Britain and Russia, have higher death rates as a measure of their populations.

A White House fact sheet said the number of COVID-19 deaths has decreased by 90% since Biden took office in January, when more than 3,300 Americans were dying each day, and highlighted big gains in the economy as people return to work.

It said more than 175 million Americans had now received at least one COVID-19 vaccine shot, and 55% of adults were fully vaccinated.

Addressing racial imbalances in vaccination rates remained a huge and continuing concern, the White House said, but pointed to gains there as well. In the past month, it said, people of color had accounted for 54% of nationwide vaccinations, while making up 40% of the U.S. population.

Vice President Kamala Harris visited a vaccination site at the Ebenezer Baptist Church in Atlanta on Friday, underscoring the importance of faith groups and community-based organizations in accelerating vaccinations and overcoming vaccine hesitancy.

“Church is always a healing place. It’s so appropriate that we’re doing this here,” she said in remarks at the historic church where Martin Luther King Jr. and his father once preached.

“We just need to get the word out. One of the most important ways is friend to friend, neighbor to neighbor … please help us get the word out,” Harris said, according to a pool press report on the visit.