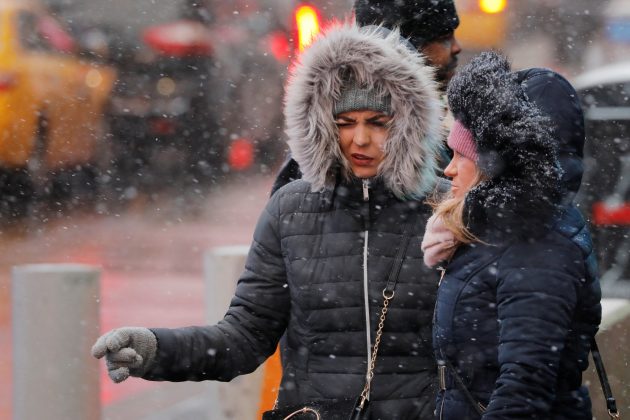 Pedestrians walk down the sidewalk as snow falls in the Times Square neighborhood of New York, U.S., February 12, 2019. REUTERS/Lucas Jackson