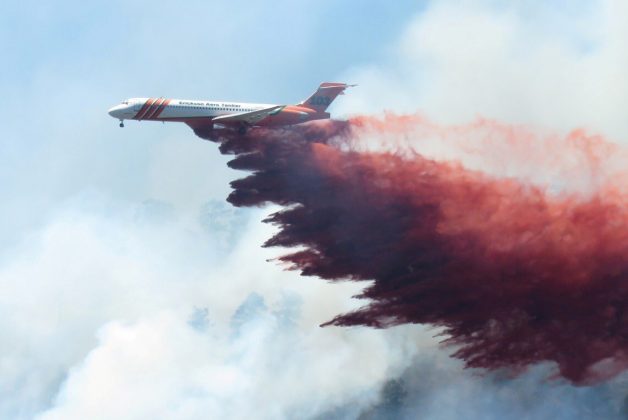 A plane drops fire-retardant chemicals on the 416 Fire near Durango, California, U.S. in this June 9, 2018 handout photo. La Plata County/Handout via REUTERS