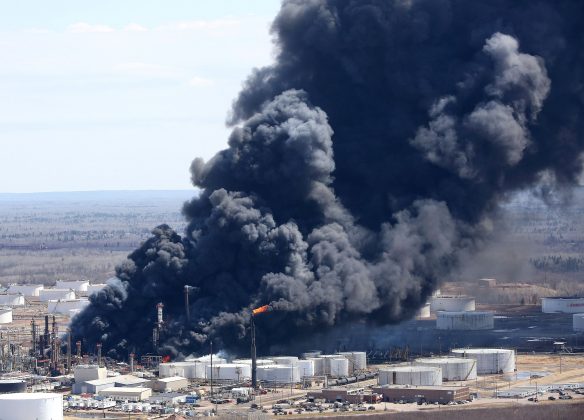 MILWAUKEE, Wis. (Reuters) – Tens of thousands of residents of a northern Wisconsin city were cleared to return to their homes on Friday, the day after a blast at a Husky Energy Inc refinery injured at least 15 people, a local official said.

Investigators searched for the cause of the massive Thursday morning explosion at the refinery, capable of processing up to 38,000 barrels of oil a day, which shook the city of Superior, Wisconsin, home to about 27,000 people.

“All indications are that the refinery site is safe and stable and the air quality is clean and normal,” Superior Mayor Jim Paine said in a Facebook posting, noting that the evacuation order was lifted as of 6 a.m. local time (1100 GMT). “Welcome home.” 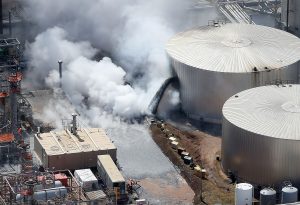 At least 15 people were injured, local media reported, and at least 10 people – one seriously injured – were taken to area hospitals, said a spokeswoman for Essentia Health-St. Mary’s Medical Center, which operates hospitals in Superior and nearby Duluth, Minnesota.

What ignited the blast was not clear. After an initial blaze was extinguished, a storage tank was punctured, and a second fire erupted, Husky Energy spokesman Mel Duvall said.

“Our focus in the days ahead will turn to the investigation and understanding the root cause of the incident,” Husky Energy said in a late Thursday Twitter post.

Thick black smoke billowed from the facility and hung over Superior throughout the day on Thursday, forcing tens of thousands to flee homes and businesses.

Friday classes were canceled in Superior and nearby Maple school districts.

There were no reports of fatalities, and all of the refinery’s workers have been accounted for, Husky Energy’s Duvall said.

The refinery had additional workers on site preparing for a plant-wide overhaul when the blast occurred, he said. It produces asphalt, gasoline, diesel and heavy fuel oils, largely using heavy crude oil imported from Canada.

The U.S. Chemical Safety and Hazard Investigation Board has sent a four-person team to investigate. The non-regulatory federal agency investigates serious chemical accidents such as refinery fires.