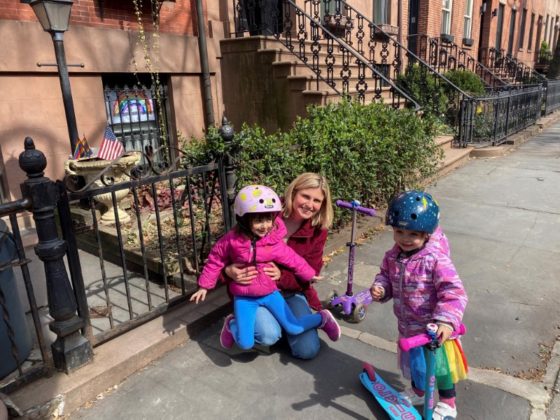 NEW YORK (Reuters) – It’s more than 10 months until Christmas, but as the global coronavirus pandemic takes hold in the United States, Margaret Haskell put out a call on her community Facebook group in New Jersey for people to hang their outdoor holiday lights back up.

“We are all finding new ways to virtually connect but many of us can’t shake the feeling of isolation and loneliness,” Haskell, 37, from South Orange, told Reuters. “My thought was that this would be a way to let each other know that we are still here, that life is still going on inside our houses.”

More than 12,500 people across the United States have been diagnosed with the COVID-19 illness and over 200 have died, with Washington state and New York worst hit so far.

Americans are being told to stay home and practise social distancing in a bid to slow the spread of the virus, so people are coming up with creative ways to cope with isolation, lift each others spirits, and get to know their neighbors.

Viral videos of people in Italy and Spain singing or taking part in mass exercise classes from their balconies during coronavirus lockdowns have provided inspiration.

Residents of a neighborhood of Jersey City, New Jersey, have started coming out at 6 p.m. to play whatever instruments are on hand, from guitars and toy drums to egg shakers – but all at a safe distance from each other.

“Hands, not touching hands,” he sang, tweaking the lyrics to follow public health guidance. “Reaching out, not touching me, not touching you.” A neighbor at a nearby window and passersby on the street joined in.

New Yorkers are getting to know their neighbors – virtually, of course.

In the Brooklyn neighborhood of Bedford-Stuyvesant, a support group on the messaging app Slack has quickly grown to more than 1,000 members since it was set up on March 12. People are sharing recipes to try while stuck at home, information about which businesses are still open, and who needs help with groceries or medications.

“I think it has been kind of an emotional balm for a lot of people,” said Benjamin Krusling, a 29-year-old writer and artist, and one of the group’s organizers. “What’s the most helpful for people I’ve talked to who have joined is just kind of knowing… we’re all going through this thing together.”

In Washington, more than 1,500 people on Facebook have said they want to participate in an event on Monday evening designed to allow people to express their frustration with the pandemic.

The instructions for the event – named DC Area Primal Scream – are simple: “Step outside if you can (six feet from your neighbor, please). Head to the roof or the balcony, or stick your head out a window. Breathe deeply. Scream.”

And social distancing does not mean no more happy hours. About a dozen neighbors in Portland, Oregon, drew circles on the ground six feet apart for each guest at their street party with a difference to stand in, said Leslie Garey, 51.

“Everyone visited and drank from their circles,” Garey said. “We plan to do it often.”

For working parents now stuck at home with their children, people are looking for ways to entertain them in the new era of social distancing.

In Jackson Heights, Queens, neighbors on a block are using shared Google docs to organize a home-schooling collective, asking work-from-home parents to teach classes in their area of expertise to kids of all ages. But some parents balked at including their kids in groups.

“People have gotten more nervous and cautious about even small social gatherings,” said Benjamin Tausig, a music professor and crossword constructor who offered classes in both subjects. “Any contact outside one’s family might depend a lot on levels of trust.”

More than 150 rainbows have popped up in windows of Brooklyn brownstones, high-rise apartment buildings, storefronts and in courtyards as a symbol of hope for children of all ages and inspired by similar efforts in Italy and Spain.

Marisa Migdal, 35, shared the idea in a Brooklyn parents Facebook group. “Everything feels so overwhelming and scary right now,” Migdal said. “It is nice to feel connected. It adds a reminder that everything is going to be okay.”