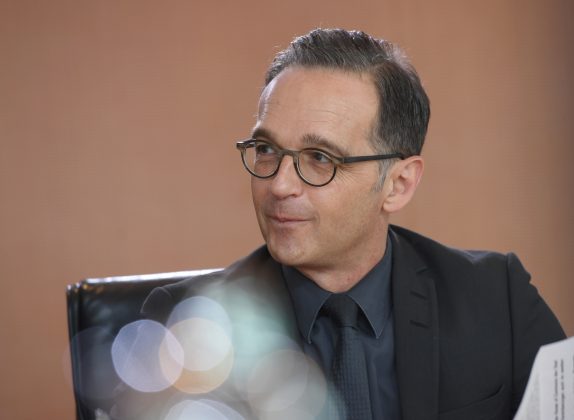 BERLIN (Reuters) – Germany’s foreign minister on Friday called for urgent efforts to ensure that humans remained in control of lethal weapons, as a step toward banning “killer robots”.

Heiko Maas told an arms control conference in Berlin that rules were needed to limit the development and use of weapons that could kill without human involvement.

Critics fear that the increasingly autonomous drones, missile defense systems and tanks made possible by new technology and artificial intelligence could turn rogue in a cyber-attack or as a result of programming errors.

The United Nations and the European Union have called for a global ban on such weapons, but discussions so far have not yielded a clear commitment to conclude a treaty.

“Killer robots that make life-or-death decisions on the basis of anonymous data sets, and completely beyond human control, are already a shockingly real prospect today,” Maas said. “Fundamentally, it’s about whether we control the technology or it controls us.”

Germany, Sweden and the Netherlands signed a declaration at the conference vowing to work to prevent weapons proliferation.

“We want to want to codify the principle of human control over all deadly weapons systems internationally, and thereby take a big step toward a global ban on fully autonomous weapons,” Maas told the conference.

He said he hoped progress could be made in talks under the Convention on Certain Conventional Weapons (CCW) this year. The next CCW talks on lethal autonomous weapons take place this month in Geneva.

Human Rights Watch’s Mary Wareham, coordinator of the Campaign to Stop Killer Robots, urged Germany to push for negotiations on a global treaty, rather than a non-binding declaration.

“Measures that fall short of a new ban treaty will be insufficient to deal with the multiple challenges raised by killer robots,” she said in a statement.

In a new Ipsos survey, 61 percent of respondents in 26 countries opposed the use of lethal autonomous weapons.