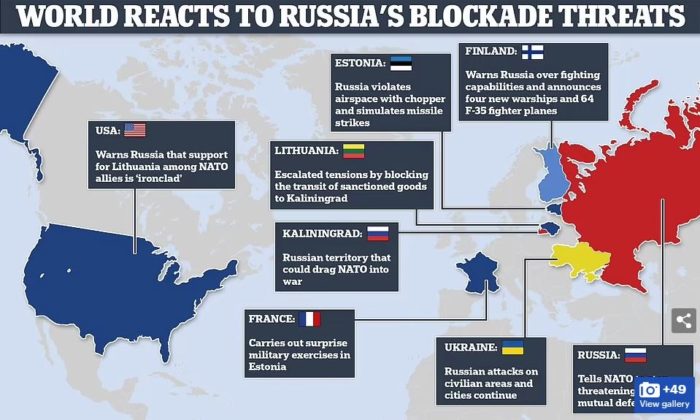 Russia's threats to Lithuania have renewed fears of a global conflict, with a number of countries warning Putin that any action would result in a NATO response