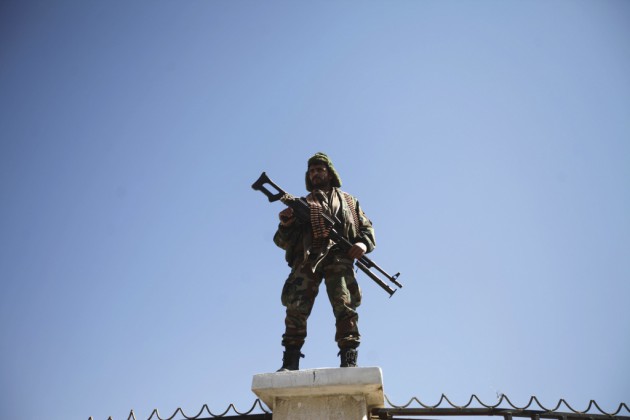 By Mohammed Ghobari and Bozorgmehr Sharafedin

CAIRO/DUBAI (Reuters) – Iran-allied Houthis and their Saudi foes have begun talks to try to end Yemen’s war, two officials said, in what appears their most serious bid to close a theater of Saudi-Iranian rivalry deepening political tumult across the Middle East.

A delegation from Yemen’s Houthi movement is in neighboring Saudi Arabia, they said, in the first visit of its kind since the war began last year between Houthi forces and an Arab military coalition led by Saudi Arabia, a foe of Tehran.

The reported talks coincide with an apparent lull in fighting on the Saudi-Yemen border and in Saudi-led Arab coalition air strikes on the Houthi-held Yemeni capital Sanaa.

Underlining the regional rifts, a senior Iranian military official meanwhile signaled that Iran could yet send military advisers to Yemen to help the Houthis.

Brigadier General Masoud Jazayeri, deputy chief of staff of the armed forces, suggested Iran could support the Houthis in a similar way it has backed President Bashar al-Assad’s forces in Syria, in an interview with the Tasnim news agency.

Asked if Iran would send military advisers to Yemen, as it had in Syria, Jazayeri said: “The Islamic Republic … feels its duty to help the people of Yemen in any way it can, and to any level necessary.”

The United Nations says nearly 6,000 people have been killed in Yemen’s fighting. Hundreds of thousands have been displaced.

The two senior officials from the administrative body that runs parts of Yemen controlled by the Houthis said the Houthi visit to Saudi Arabia began on Monday at the invitation of Saudi authorities, following a week of secret preparatory talks.

The Houthi delegation in Saudi Arabia is headed by Mohammed Abdel-Salam, the Houthis’ main spokesman and a senior adviser to Houthi leader Abdel-Malek al-Houthi, the officials said. Abdel-Salam previously led Houthi delegates in talks in Oman that paved the way for U.N.-sponsored talks in Switzerland last year.

A spokesman for the Saudi-led Arab coalition fighting to restore President Abd-Rabbu Mansour Hadi to power could not immediately be reached for comment. A Saudi foreign ministry spokesman could also not be reached.

Like Syria, Yemen is contested turf in Shi’ite Muslim Iran and Sunni Saudi Arabia’s power struggle across the Middle East, which has played out along largely sectarian lines.

Tehran views the Houthis as the legitimate authority in Yemen but denies providing any material support to them. The Houthis say they are a fighting a revolution against a corrupt government and its Gulf Arab backers.