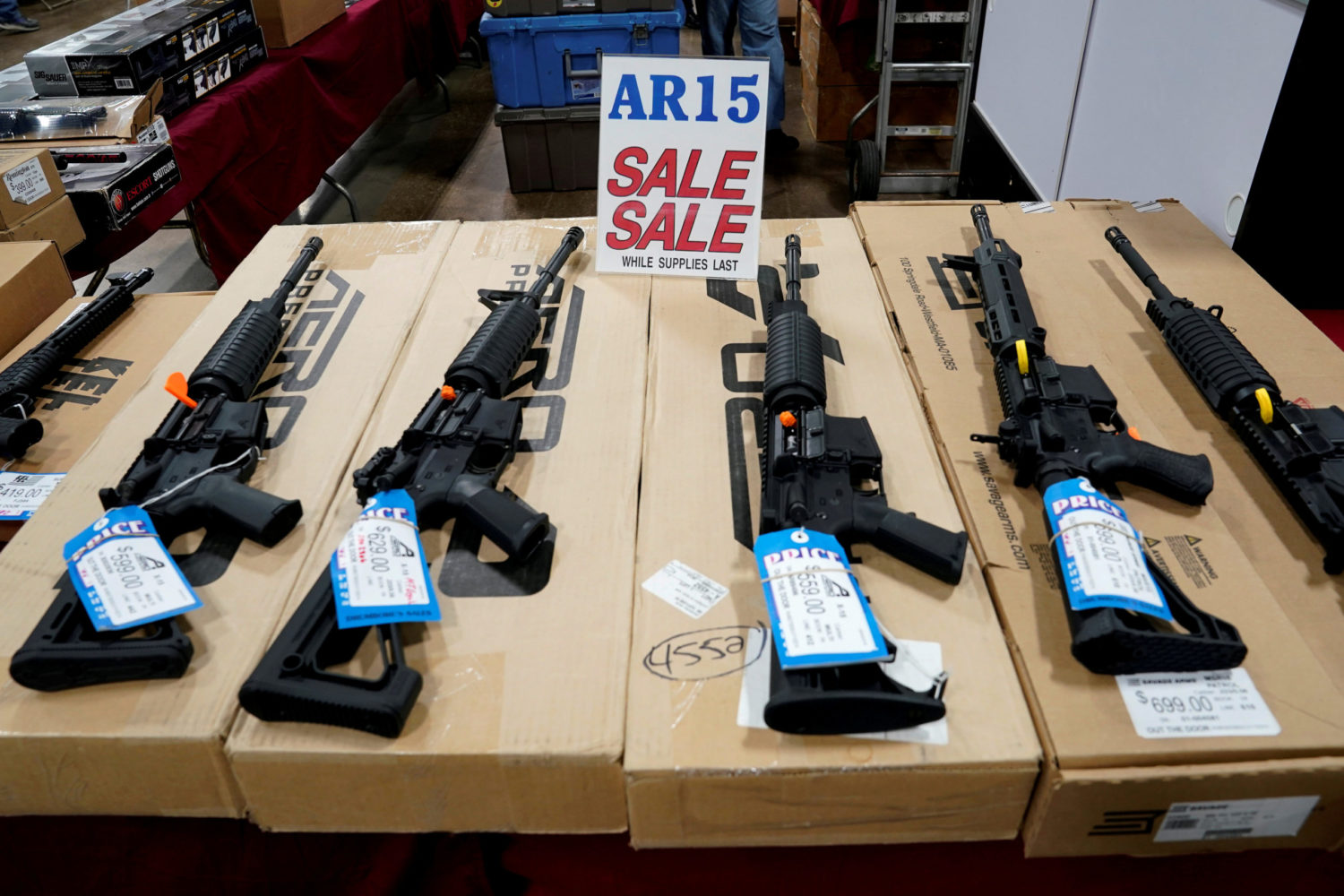 WASHINGTON (Reuters) – The U.S. House of Representatives on Thursday approved a pair of gun control bills as Democrats seized upon a shifting political landscape that they said improved chances for enacting new laws after years of failed attempts.

The first measure, which passed the Democratic-led House 227-203, would close a long-standing loophole in gun laws by expanding background checks to those purchasing weapons over the internet, at gun shows and through certain private transactions. Only eight Republicans joined the Democrats in backing the bill.

The second bill, passed 219-210 with only two Republicans supporting it, would give authorities 10 business days for federal background checks to be completed before a gun sale can be licensed. Currently, such sales can proceed if the government cannot complete complicated background checks of prospective buyers within three days.

President Joe Biden is a supporter of expanded gun control measures. The legislation may face a tougher battle in the U.S. Senate, where Biden’s fellow Democrats hold an even slimmer majority than in the House.

The bills follow a series of deadly U.S. mass shootings over the past decade. Gun control is a divisive issue in the United States, which enshrines gun rights in its Constitution. Most Republicans strongly oppose gun restrictions, while most Democrats argue that new laws are needed to curb gun violence.

The House Judiciary Committee’s senior Republican, Jim Jordan, wrote on Twitter that House Democrats were “making it harder for law-abiding citizens to buy a gun.”

Many Democrats want to go further by banning sales of some high-capacity, military-style rifles that can fire ammunition rapidly.

Democratic Representative Mike Thompson, who has spearheaded a drive for expanded gun control for years, said 30 people are killed by gun violence daily in the United States, with that number growing to 100 if suicides and accidental deaths involving firearms are counted. At the same time, Thompson said, 170 felons and 50 domestic abusers are stopped from buying a gun every day.

“It only makes sense that if you expand it you’ll stop even more felons, more domestic abusers,” Thompson said.

Republicans opposing the bills argued that the legislation would not make American streets safer and would infringe upon the right to bear arms guaranteed under the U.S. Constitution’s Second Amendment.

With Democrats now controlling the White House along with both chambers of Congress, they are seeking to pursue liberal goals thwarted when Republicans led either the House or Senate. Democrats have said their position has been further strengthened by turmoil within the National Rifle Association, the influential gun lobby closely aligned with Republicans.

The Senate’s longstanding filibuster rule makes it so most legislation requires 60 votes to proceed in the 100-seat chamber rather than a simple majority, and Republicans could use the maneuver to try to block gun control measures. Senate Majority Leader Chuck Schumer said if that happens, Democrats would “come together as a caucus and we’ll see how we’re going to get this done,” possibly hinting at ending or altering the filibuster rule.

A bipartisan gun control bill in 2013 – proposed after a mass shooting at a Connecticut elementary school – failed on a vote of 54-46 in the Senate, short of the needed 60 votes.

(Reporting by Richard Cowan; Editing by Will Dunham)