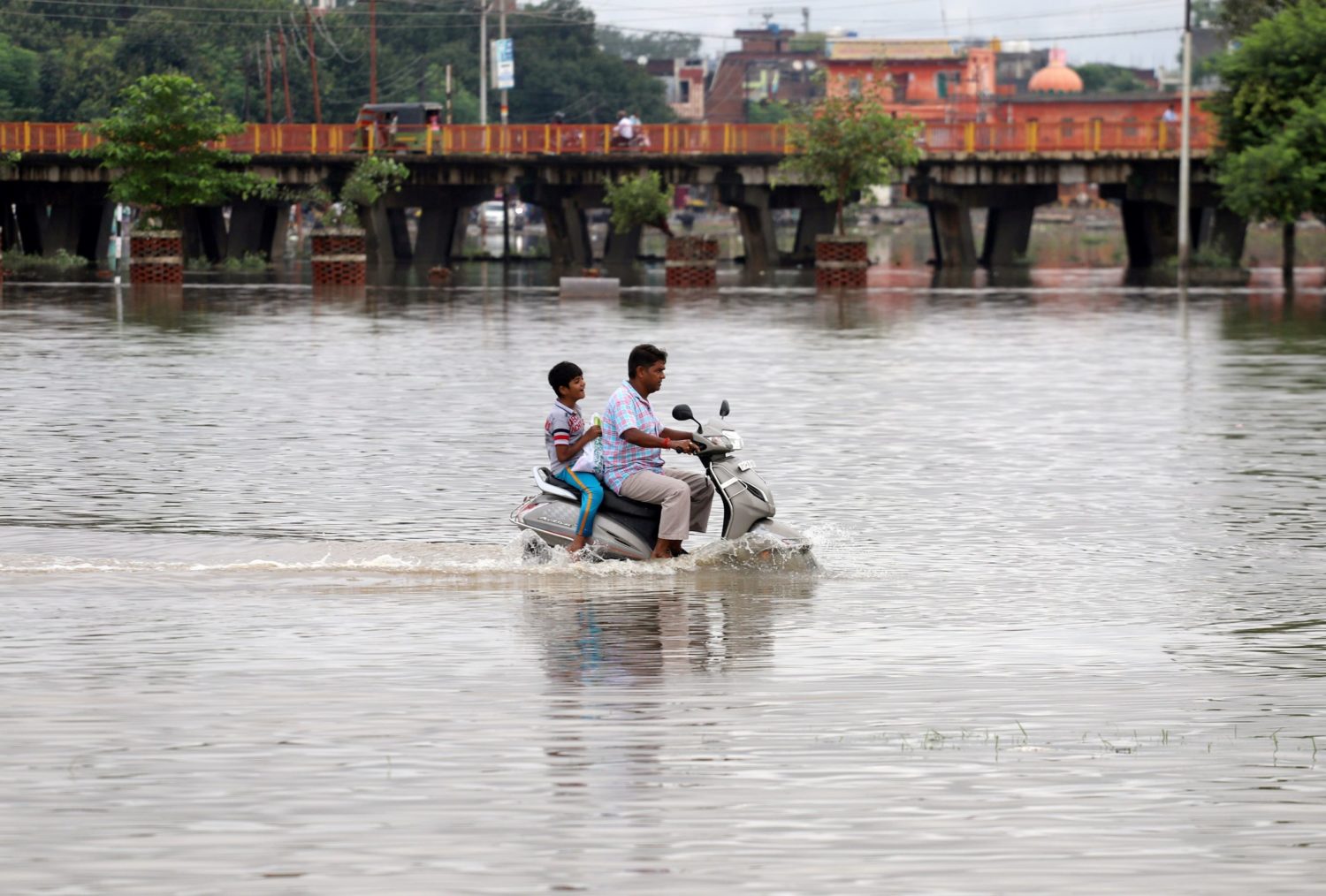 LUCKNOW, India (Reuters) – Heavy rains have killed at least 113 people in India’s Uttar Pradesh and Bihar states over the past three days, officials said on Monday, as floodwaters swamped a major city, inundated hospital wards and forced the evacuation of inmates from a jail.

India’s monsoon season that begins in June usually starts to retreat by early September, but heavy rains have continued across parts of the country this year, triggering floods.

An official said that at least 93 people had died in most populous Uttar Pradesh since Friday after its eastern areas were lashed by intense monsoon showers.

In neighboring Bihar, an impoverished agrarian region that was hit by floods earlier this year, the death toll from the latest bout of rain had reached 20 on Monday, a state government official said.

Bihar’s capital city of Patna, home to around 2 million, has been badly hit, with waist-deep floodwaters across many streets, and entering homes, shops, and even the wards of a major hospital. In some parts, authorities deployed boats to rescue residents.

“The rains have stopped but there is waterlogging in many areas,” Bihar’s Additional Secretary in the Disaster Relief Department Amod Kumar Sharan said.

In its bulletin on Monday, India’s Meteorological Department said the intensity of rainfall over Bihar was very likely to reduce. Showers in Uttar Pradesh are also expected to abate this week.

Weather department officials said this month that monsoon rains were likely to be above average for the first time in six years.