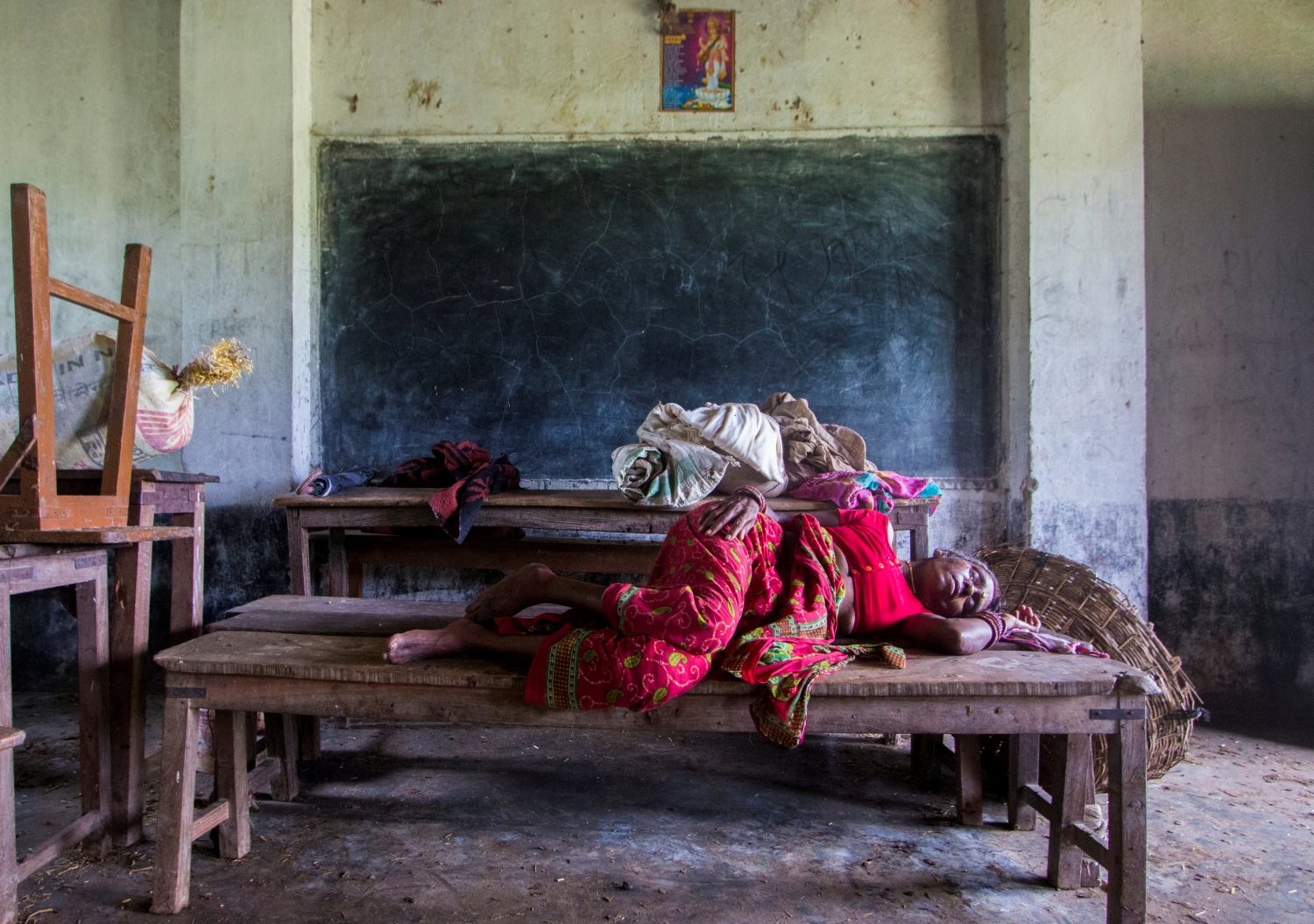 GUWAHATI, INDIA (Reuters) – Millions of people are stranded by flooding in northeast India with concern growing about food and water supplies even though the impact of heavy, early monsoon rain appeared to be easing, the government said on Wednesday.

More than 4.7 million people have been displaced in the tea-growing state of Assam, with many thousands making do with only the most meagre food supplies and dirty water.

She said she was having difficulty breastfeeding her baby boy. 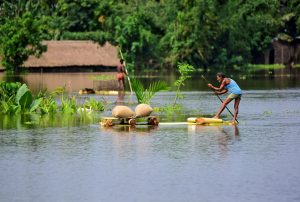 A man uses a makeshift raft to move his paddy to a safer place in a flooded area in Morigaon district in the northeastern state of Assam, India, July 16, 2019. REUTERS/Anuwar Hazarika

Assam has been the worst-affected part of India. Floods have also hit neighboring Nepal and Bangladesh.

At least 153 people have been killed in India, Nepal and Bangladesh. Parts of Pakistan have also seen flooding.

Subhas Bania, also sheltering at Amtola, said authorities had made no provision for the supply of drinking water.

“We’ve been forced to drink muddy water,” he said.

The rains in north India usually last from early June to October, with the worst of the flooding usually later in the season.

Assam is frequently swamped by floods when the Brahmaputra river, which flows down from the Himalayas through northeast India and Bangladesh, sweeps over its banks.

Water levels on the river and its major tributaries were beginning to fall, although they were still above the danger mark, the government said.

“We’re trying our best to reach out to the affected people in whatever way possible but yes, the situation is indeed very bad,” said Assam’s Social Welfare Minister Pramila Rani Brahma.

The government has yet to assess the impact of the floods that have battered thousands of settlements.

Bhabani Das, a village elder in Golaghat district, who has been living under a plastic sheet for four days, said the flood had swept away her home.

“Where do we go from here?”

In the state of Bihar, which has also been hit by severe flooding, beginning last week, officials said that floodwaters were beginning to recede after killing 33 people.

Water levels in four rivers in Bangladesh, including the Brahmaputra, were above the danger mark, with some northern parts of the low-lying country flooded.

Road and railway links between the capital city of Dhaka and at least 16 northern and northwest districts had been severed, officials said.