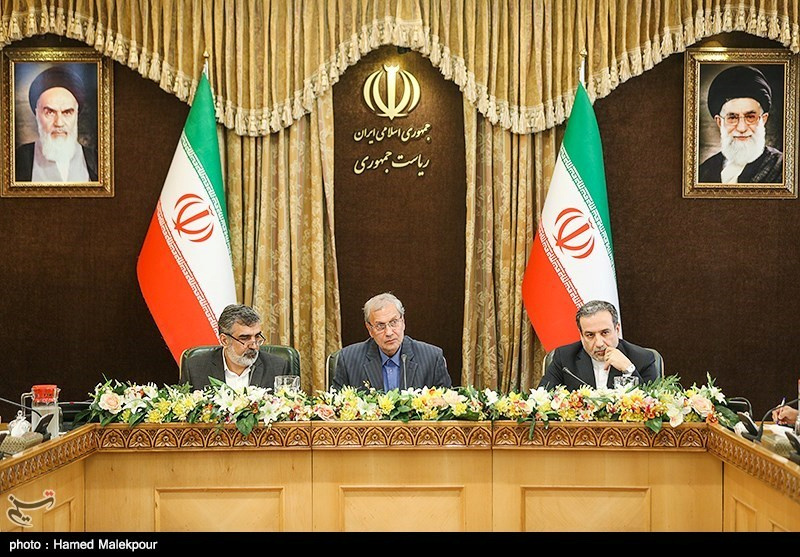 By Babak Dehghanpisheh and Tuqa Khalid

GENEVA/DUBAI (Reuters) – Iran threatened on Monday to restart deactivated centrifuges and ramp up its enrichment of uranium to 20 percent purity as its next potential big moves away from a 2015 nuclear agreement that Washington abandoned last year.

The threats, made by the spokesman for Tehran’s nuclear agency, would go far beyond the small steps Iran has taken in the past week to nudge its stocks of fissile material just beyond limits in the nuclear pact.

That could raise serious questions about whether the agreement, intended to block Iran from making a nuclear weapon, is still viable.

The two threats would reverse major achievements of the agreement, although Iran omitted important details about how far it might go to returning to the status quo before the pact, when Western experts believed it could build a bomb within months.

In a separate standoff, Iran’s foreign minister accused Britain on Monday of “piracy, pure and simple” for seizing an Iranian oil tanker last week. Britain says the ship was bound for Syria in violation of European Union sanctions.

Behrouz Kamalvandi, spokesman for Iran’s Atomic Energy Organisation, confirmed an announcement that Tehran had enriched uranium beyond the deal’s limit of 3.67% purity, passing 4.5%, according to the student’s news agency ISNA.

That followed an announcement a week ago that it had amassed a greater quantity of low-enriched uranium than permitted.

The U.N. nuclear watchdog, the IAEA, said it was still verifying whether Iran had indeed exceeded the 3.67% limit.

Iran has said it will take another, third step away from the deal within 60 days but has so far held back from formally announcing what it plans. Kamalvandi said options included enriching uranium to 20% purity or beyond, and restarting IR-2 M centrifuges that were dismantled as one of the deal’s core aims.

Such threats will put new pressure on European countries, which insist Iran must continue to comply with the agreement even though the United States is no longer doing so.

Washington has imposed sanctions that eliminate any of the benefits Iran was meant to receive in return for agreeing to curbs on its nuclear program under the 2015 deal with world powers. The confrontation has brought the United States and Iran close to the brink of conflict, with President Donald Trump calling off airstrikes last month minutes before impact.

Enriching uranium up to 20% purity would be a dramatic move since that was the level Iran had achieved before the deal was put in place, although back then it had a far larger stockpile than it is likely to be able to rebuild in the short term.

It is considered an important intermediate stage on the path to obtaining the 90% pure fissile uranium needed to make a bomb.

One of the main achievements of the deal was Iran’s agreement to dismantle its advanced IR-2M centrifuges, used to purify uranium. Iran had 1,000 of them installed at its large enrichment site at Natanz before the deal was reached. Under the deal, it is allowed to operate only up to two for testing.

Still, the threatened measures also appear intended to be sufficiently ambiguous to hold back from fully repudiating the deal. Kamalvandi did not specify how much uranium Iran might purify to the higher level, nor how many centrifuges it would consider restarting. He did not mention other more advanced centrifuges, including the most advanced, the IR-8. Iran has said all the steps it is contemplating are reversible.

Nuclear diplomacy is only one aspect of a wider confrontation between Washington and Tehran that has threatened to spiral into open conflict since the United States sharply tightened sanctions on Iran from the start of May.

Last month, President Donald Trump ordered U.S. airstrikes on Iran, only to call them off minutes before.

Washington’s European allies have been warning that a small mistake on either side could lead to war.

European countries do not directly support the U.S. sanctions but have been unable to come up with ways to allow Iran to avert them.

Britain, one of Washington’s main European allies, was drawn deeper into the confrontation last week when its Royal Marines seized an Iranian tanker entering the Mediterranean off the coast of Gibraltar over separate sanctions against Syria.

“Iran is neither a member of the EU nor subject to any European oil embargo. Last I checked, EU was against extraterritoriality. UK’s unlawful seizure of a tanker with Iranian oil on behalf of #B_Team is piracy, pure and simple,” Iran’s Foreign Minister Mohammad Javad Zarif tweeted on Monday, using ‘B team’ as a derisory term for the Trump administration.

The nuclear agreement guaranteed Iran access to world trade in return for accepting curbs on its nuclear program. Iran says the deal allows it to respond to the U.S. breach by reducing its compliance, and it will do so every 60 days.

“If signatories of the deal, particularly Europeans, fail to fulfill their commitments in a serious way, the third step will be stronger, more decisive and a bit surprising,” Foreign Ministry spokesman Abbas Mousavi said on Monday.