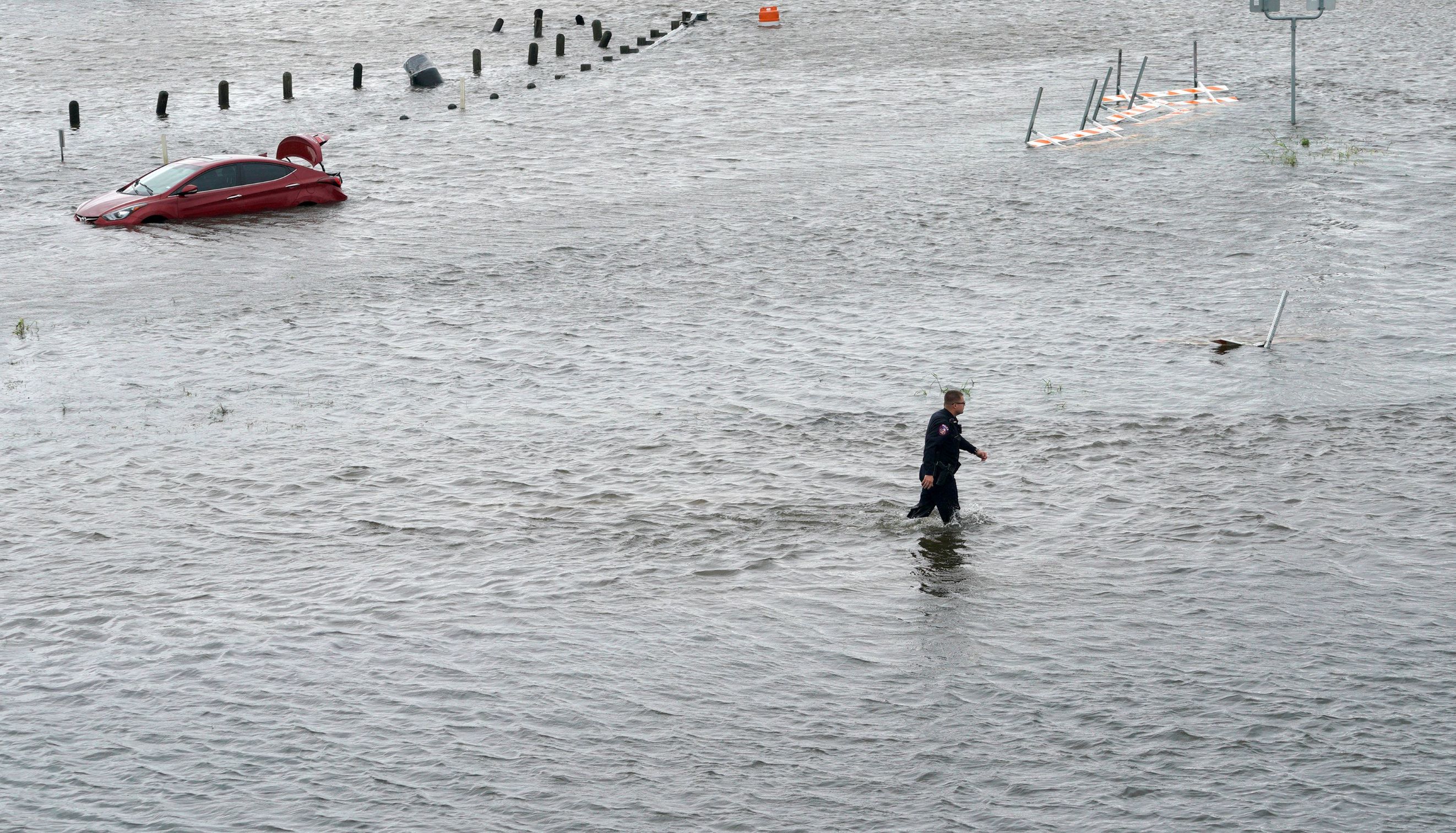 HOUSTON (Reuters) – Hundreds of Houston homeowners near U.S. Army Corps of Engineers-managed reservoirs may receive compensation for flooding of their properties during 2017’s Hurricane Harvey, a federal judge ruled on Tuesday.

The U.S. Army Corps of Engineers (ACE), which managed two dams and the reservoirs, had planned to flood private properties in the event of inundating rainfall, Senior Judge Charles Lettow of the U.S. Court of Federal Claims said in his decision.

Harvey dumped nearly 3 feet (90 cm) of water on the fourth most-populous U.S. city and flooded a third of Harris County, where the city and many of its suburbs are located along the U.S. Gulf Coast.

“The government had made a calculated decision to allow for flooding these lands years before Harvey, when it designed, modified, and maintained the dams in such a way that would flood private properties during severe storms,” Lettow wrote.

The ruling, which involved 13 owners chosen as test cases, opens the door to billions of dollars in potential claims from other property owners, attorneys have said.

The homes were built in areas that had been free of major flooding around federal land in the Addicks and Barker reservoirs in West Houston. The ACE called the enormous rainfall during Harvey an unforeseeable event.

Homeowners alleged the government improperly used their land to store water, calling it an unlawful taking of their properties by the government. Under the Fifth Amendment to the U.S. Constitution, the federal government cannot take private property without compensating the owner.

A representative for the Army Corps of Engineers was not immediately available to answer questions about the decision.

Lettow is expected to make a decision next year on the amount of compensation the 13 homeowners can receive. 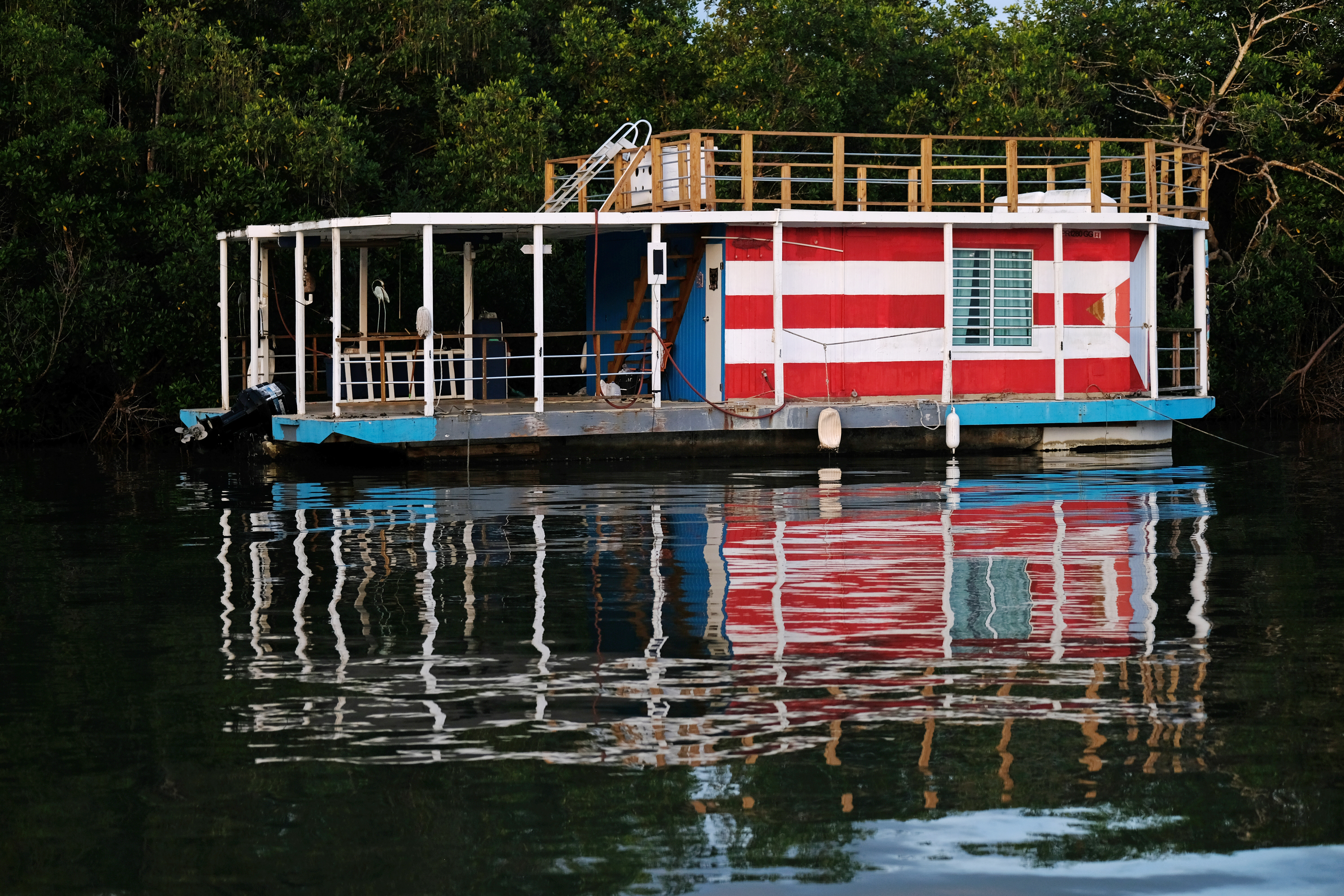 MEXICO CITY (Reuters) – Puerto Rico was bracing on Wednesday for the arrival of Tropical Storm Dorian, closing schools and diverting cruise liners even as it is still struggling to recover from devastating back-to-back hurricanes in 2017.

Those hurricanes killed about 3,000 people just months after the territory filed for bankruptcy to restructure $120 billion of debt and pension obligations.

Having been criticized over the response to the 2017 storms, the White House said in a statement that President Donald Trump had approved an emergency declaration for Puerto Rico late on Tuesday, allowing for the Federal Emergency Management Agency to provide assistance in coordination with ongoing disaster preparedness efforts.

“We are better prepared than when Hurricane Maria attacked our island,” Puerto Rico Governor Wanda Vazquez said during a televised news conference.

Vazquez, who took office this month after political turmoil led to the resignation of his predecessor, said preparations for the storm were more than 90% complete, culminating with the opening of emergency shelters.

Infrastructure ranging from electric power lines to telecommunications and banking networks were in better shape than they had been in 2017, she added.

Dorian, which passed over Barbados on Tuesday, is expected to move near or over Puerto Rico on Wednesday before approaching the island of Hispaniola, which is shared between the Dominican Republic and Haiti, according to the Miami-based National Hurricane Center.

The Dominican Republic also ramped up storm preparations on Tuesday. Juan Manuel Mendez, director of the emergency operations center, said authorities have identified 3,000 buildings that can be converted into shelters, with capacity for up to 800,000 people.

In Puerto Rico, public schools will be closed on Wednesday and public workers have been instructed to stay home, Vazquez said.

By Wednesday morning, the storm was located about 85 miles (140 km) southeast of St. Croix, in the Bahamas, carrying maximum sustained winds of 60 mph (95 kmh), the NHC said.

Dorian is expected to dump 4 to 8 inches of rain on Florida when it reaches the state in the southeast United States, the NHC said. 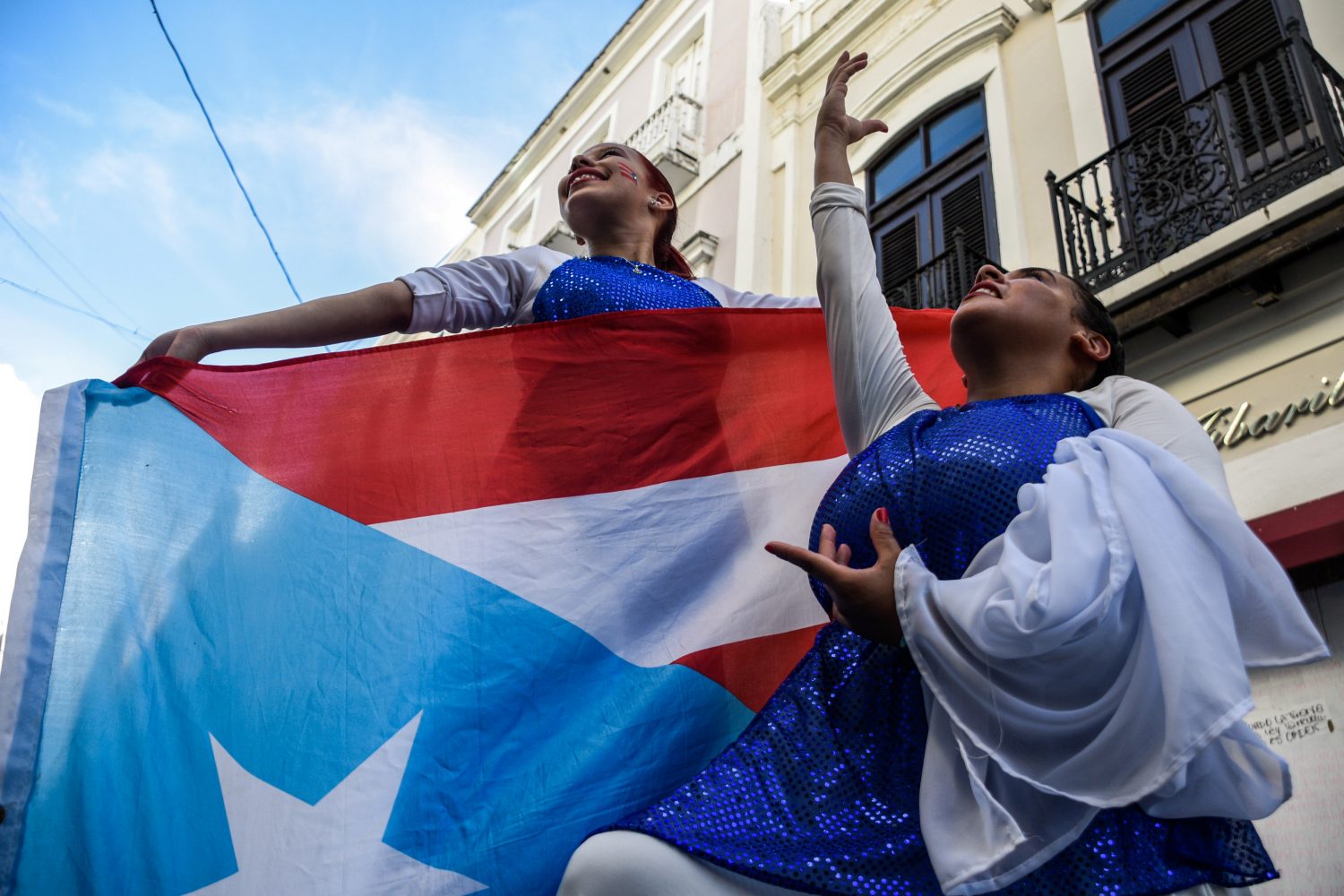 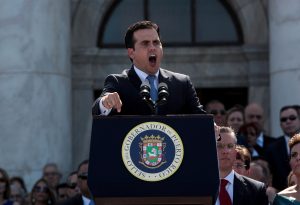 Rossello’s announcement on Sunday that he would not seek re-election next year and would resign as head of the New Progressive Party seemed to have little effect on the crowds, who called for him to immediately step down as governor.

Crowds of people, some waving the U.S. island territory’s flag, gathered near San Juan’s baseball stadium for the latest in a series of more than a week of protests in the capital and elsewhere.

There is also a call for a general strike from trade unions. Many business owners decided to close shops and offices for the day, media reported.

Rossello, 40, asked for forgiveness and said he respected the wishes of Puerto Ricans in a message broadcast online on Sunday.

“I know that apologizing is not enough,” Rossello said in a video posted on Facebook. “A significant sector of the population has been protesting for days. I’m aware of the dissatisfaction and discomfort they feel. Only my work will help restore the trust of these sectors.”

The publication on July 13 of sexist and homophobic chat messages between Rossello and top aides unleashed simmering resentment over his handling of devastating hurricanes in 2017, alleged corruption in his administration, and the island’s bankruptcy process.

“‘#Resign Ricky isn’t just a call for him to resign from the party, but from his seat as the top official,” Linda Michelle, an industrial engineer and Puerto Rico radio personality, tweeted on Sunday. “Whoever wasn’t sure about going to the march tomorrow has now made up their mind to go.”

“POWER OF THE PEOPLE”

Puerto Rico’s nonvoting representative to the U.S. Congress, as well as Democratic presidential candidates and lawmakers, have called for the governor to step aside after nine days of sometimes violent protests.

“Once again: Rossell must resign,” U.S. Representative Alexandria Ocasio-Cortez of New York tweeted on Sunday in response to his video.

But Puerto Rico’s Senate President Thomas Rivera Schatz, who may take over leadership of the pro-statehood PNP, said Rossello’s actions “put an end to part of the controversies and trauma hitting our people”.

Puerto Rico House Speaker Carlos Mendez, also of the PNP, appointed an independent panel on Friday to investigate whether the chats warranted impeachment.

“I welcome the process started by the legislative assembly, which I will confront with complete truth,” Rossello said in the video.

The political turmoil comes at a critical stage in the island’s bankruptcy process as it tries to restructure some $120 billion in debt and pension obligations.

It has also raised concerns among U.S. lawmakers who are weighing the island’s requests for billions of federal dollars for healthcare and work to recover from Hurricane Maria, which led to nearly 3,000 deaths.

Martin, a target of the governor’s chats, said he would march with protesters on Monday.

“I want to feel the power of the people,” Martin, 47, said in a Facebook video, urging legislative leaders to start an impeachment process.