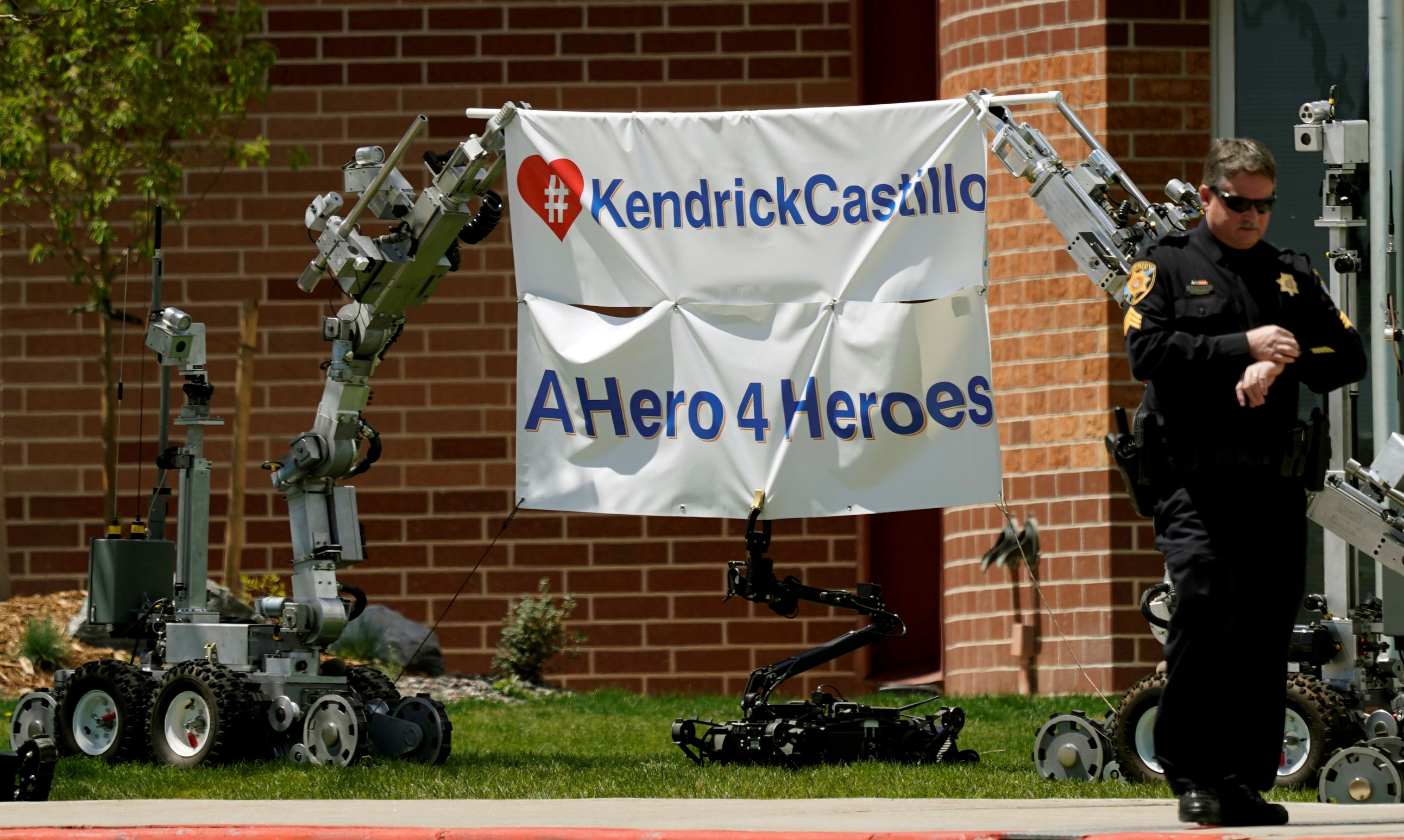 (Reuters) – The relentless pace of American shootings did not slow in 2019. But amid the harrowing scenes, heroes also emerged.

Here are just a few of the selfless acts the U.S. saw in the face of tragedy this year:

When a gunman walked into a crowded classroom at the University of North Carolina at Charlotte in April and began firing a pistol, 21-year-old environmental studies student Riley Howell screamed “go, go, go!” to classmates and forcefully tackled the shooter.

Police and witnesses said Howell, who was fatally shot, allowed fellow students to escape unharmed and enabled classmates to disarm the man. Another student, Ellis Parlier, 19, also died that day and four other students were wounded. Howell’s family said in a statement after the shooting that their son “radiated love and always will.”

It was just three days before graduation when the shooting began inside the Colorado high school. Two teenage gunmen had opened fire on fellow students at the Science, Technology, Engineering and Math School in Highlands Ranch. Authorities said far more kids would have died if not for Kendrick Ray Castillo, an 18-year-old lover of robotics who also enjoyed spending time with the elderly. Facing the barrel of a gun, Castillo lunged at one of the shooters, witnesses said. One of the gunmen “shot Kendrick, giving all of us enough time to get underneath our desks, to get ourselves safe, and to run across the room to escape,” student Nui Giasolli told NBC News.

Castillo was the only fatality that day, while eight other students were wounded.

When a teenage gunman opened fire at a California synagogue during Passover celebration in April, he had Rabbi Yisroel Goldstein directly in his sights. That was when Lori Gilbert-Kaye, 60, threw herself between the shooter and the rabbi inside Chabad of Poway synagogue in suburban San Diego, witnesses said. She was hit and quickly died.

Goldstein was shot in the hands but recovered, and said that Gilbert-Kaye’s action saved his life. Congregants also praised the heroism of Oscar Stewart, 51, a U.S. Army and Navy veteran who served in Iraq and who chased the assailant outside, screaming, “I’m going to kill you!”

“I was an instrument of God,” Stewart said afterward. “I had no conscious effort in what I was doing.”

When a gunman opened fire on a Dayton, Ohio, street known for its night life, panic ensued. But the toll of nine dead and 14 wounded would have been far worse had it not been for Jeremy Ganger, who was working as a bouncer at the Ned Peppers bar. Security camera footage showed Ganger helping dozens of people into the bar and away from the gunman.

“I was grabbing people off the street, telling them to get in and get down,” Ganger told ABC News afterward, adding that he “would’ve died before that guy came in.” Video showed the shooter turning to enter the bar and shouldering his rifle before the police shot him dead.

Joshua Kaleb Watson, a 2019 graduate of the U.S. Naval Academy, had just arrived at the Naval Air Station in Pensacola, beginning his journey to become an aviator. That dream was taken on Dec. 6, when a Saudi Air Force lieutenant being trained at the base opened fire with a handgun in a classroom building. A wounded Watson, 23, made it outside and told responders where the shooter was before dying.

“He died a hero and we are beyond proud but there is a hole in our hearts that can never be filled,” Joshua’s brother Adam wrote on Facebook after his family was briefed by authorities. Two other sailors died in the shooting and eight more people were shot and injured.

The Navy posthumously awarded Wings of Gold to all those killed, making Watson a naval aviator in death.