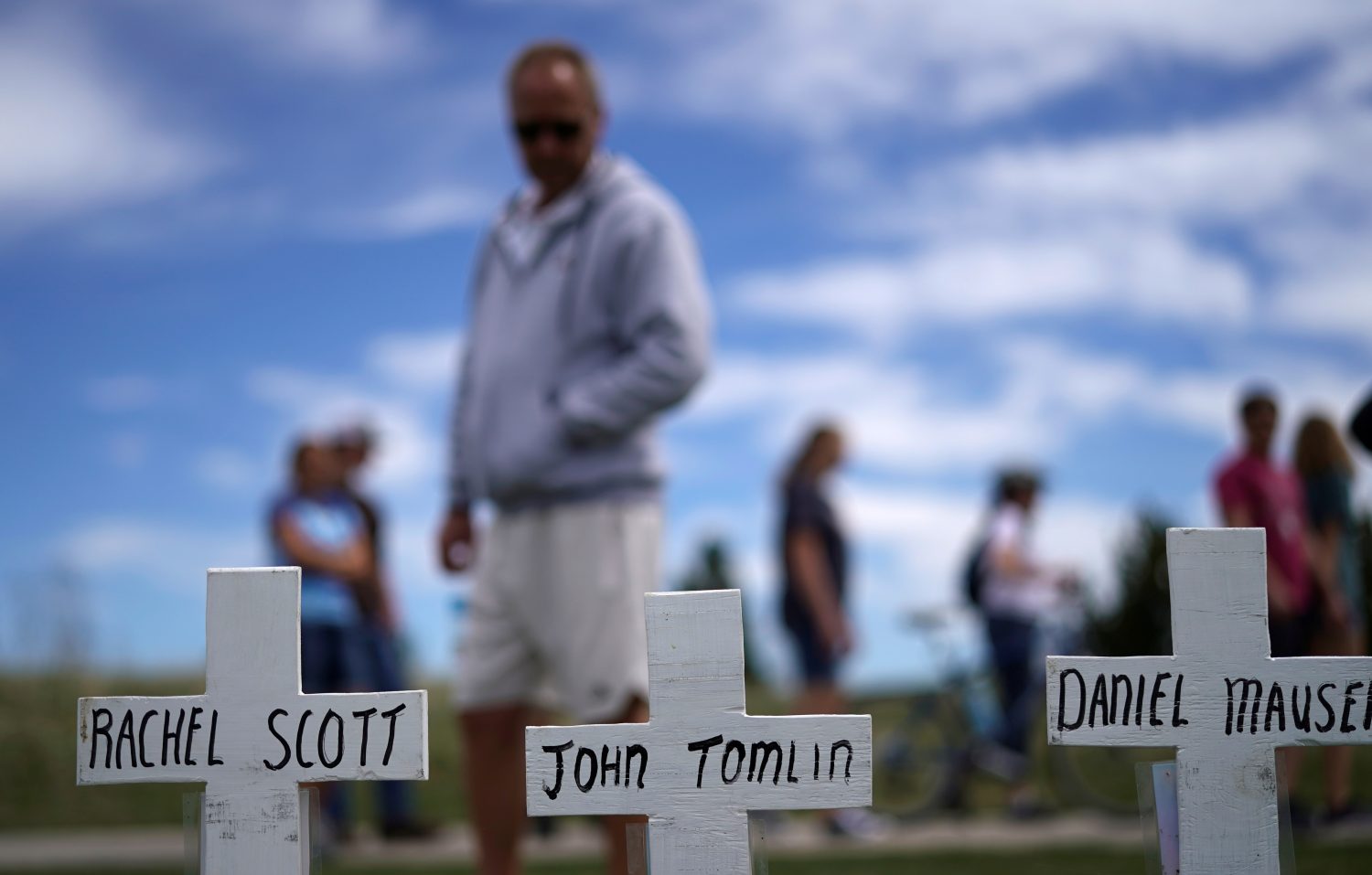 LITTLETON, Colo. (Reuters) – A week-long series of events commemorating the 20th anniversary of the Columbine High School massacre culminated on Saturday with a remembrance ceremony celebrating the lives of the 13 victims slain in the rampage.

Addressing hundreds of people gathered at Saturday’s service in a park next to the school, Dawn Anna, mother of slain student Lauren Townsend, spoke on behalf of all the families of the victims about their sense of loss.

“Our hearts have huge holes in them, but our hearts are bigger than they were 20 years ago,” Anna said.

Patrick Ireland, whose fall out of a school library window into the arms of firefighters, which became one of the iconic images of the massacre, spoke of his long physical and emotional recovery.

“You’re a victim only if you allow yourself to become one,” Ireland said.

Thirteen doves were released at the end of the ceremony.

For the relatives of those killed, April 20 evokes a mix of emotions from sorrow and anguish to fond memories of loved ones.

Betty Shoels, the aunt of murdered student Isaiah Shoels, said her 18-year-old nephew was a fun-loving athlete who was always smiling, despite feeling out of place as one of the school’s few African-American students.

“What I miss most is his laugh,” Shoels told Reuters.&nbsp;”He was just a great kid who loved to joke.”

This year’s remembrances were marred this week when a Florida teenager, who authorities said was “obsessed” with Columbine, traveled to Colorado where she died of an apparent self-inflicted gunshot.

Evan Todd was a sophomore at Columbine two decades ago when he was wounded in the school library, where 10 of the students were killed. He said whenever he hears of school shootings or other tragedies somehow linked to Columbine, it reminds him that he was “part of something so gruesome and so public.”

He often recalls his football teammate Matt Kechter, who was shot dead just a few feet away from him.

“Sometimes I wonder what Matt would be doing now, what is life would be like,” said Todd, 35, who is the father of a one-year-old son.

He credits his family and Christian faith for getting him through the months following the tragedy.

“I’m just thankful that I survived,” he said.