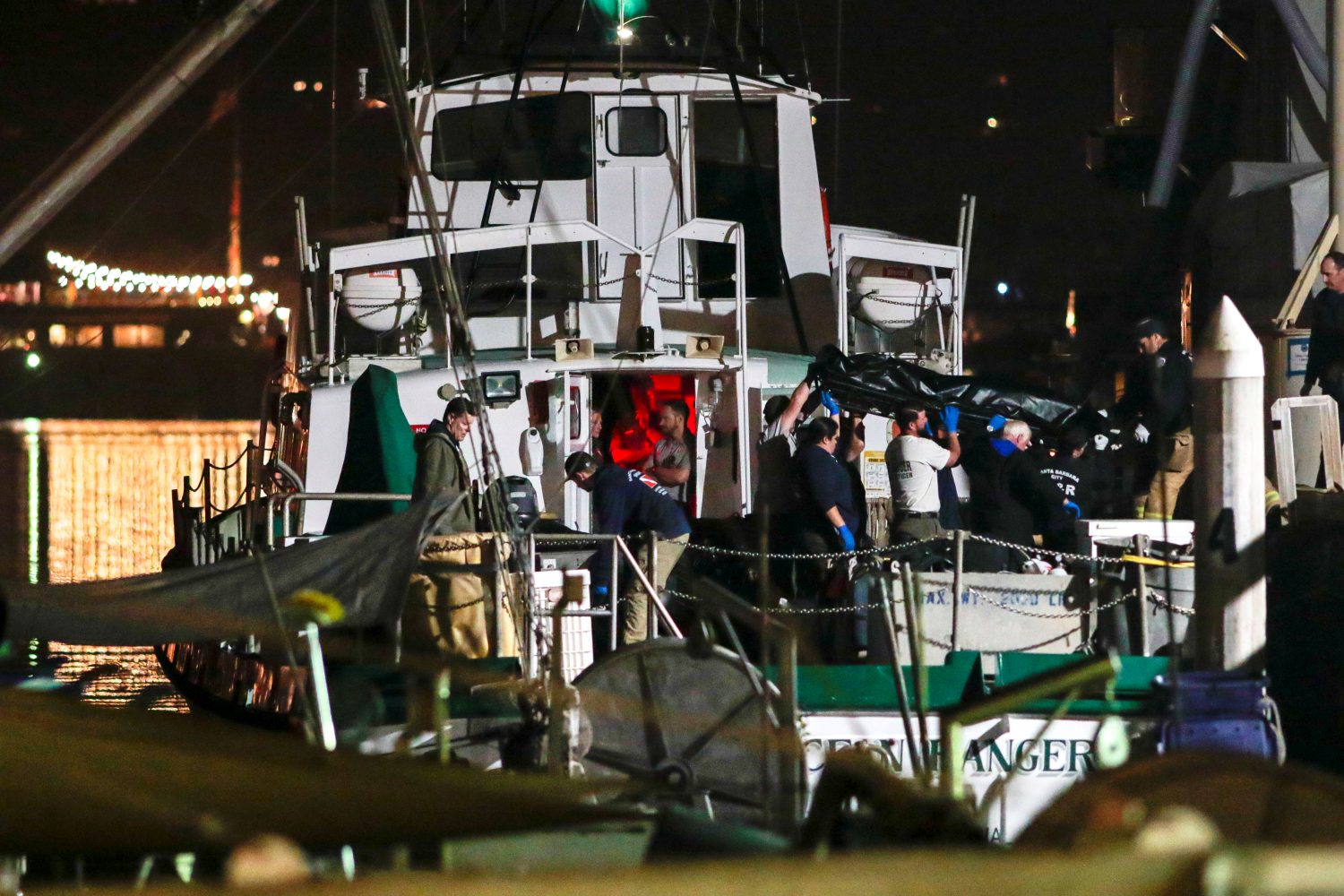 Santa Barbara, Calif. (Reuters) – Divers searched for more bodies early on Tuesday around the wreck of a boat destroyed by a blaze off the coast of southern California, as authorities launched an investigation into one of the area’s worst maritime disasters.

Emergency crews found at least 25 bodies after the fire broke out before dawn on Monday, leaving nine people still missing, the Associated Press reported. The coastguard declined to confirm the figures.

Flames ripped through the scuba diving vessel Conception, as it was moored off Santa Cruz Island, trapping the passengers below deck. Five of the six-strong crew managed to escape in an inflatable boat, but no one else has been found.

The boat sank later in the morning and was currently lying upside down under more than 60 feet (18 meters) of water, police said.

Witnesses reported hearing a number of explosions, but authorities said it was too early to say what caused the fire. Santa Barbara County Sheriff Bill Brown said on Monday scuba or propane tanks on the Conception may have blown up in the flames.

The federal National Transportation Safety Board said it had sent a team of engineers and fire specialists to investigate the blaze.

There were a total of 33 passengers and six crew members onboard the Conception, a 75-foot boat, when the fire started at about 3:15 a.m. on Monday, officials said.

The surviving crew members sought refuge on a fishing boat moored nearby, banging on the side to wake up Bob Hansen and his wife, who were sleeping onboard.

“When we looked out, the other boat was totally engulfed in flames, from stem to stern,” Hansen told the New York Times. “There were these explosions every few beats. You can’t prepare yourself for that. It was horrendous.”

After borrowing clothes from the Hansens, some crew members headed back toward the Conception to look for survivors without luck, Hansen said.

Investigators said a single mayday call came from the boat reporting the fire.

“It happened quickly enough so many people could not get off,” U.S. Coast Guard Lieutenant Commander Matthew Kroll told CNN.

The diving boat was chartered by Worldwide Diving Adventures, a Santa Barbara, California, excursion firm. It said on its website that the Conception was on a three-day excursion to the Channel Islands, and was due back in Santa Barbara at 5 p.m. on Monday.

The boat’s owner, Truth Aquatics, referred queries about the accident to a joint media center. “This is still an ongoing search and rescue,” it said.

(Reporting by Omar Younis; Additional reporting by Peter Szekely and Jonathan Allen in New York and Alex Dobuzinskis and Bill Tarrant in Los Angeles and Rich McKay in Atlanta; Editing by Andrew Heavens) 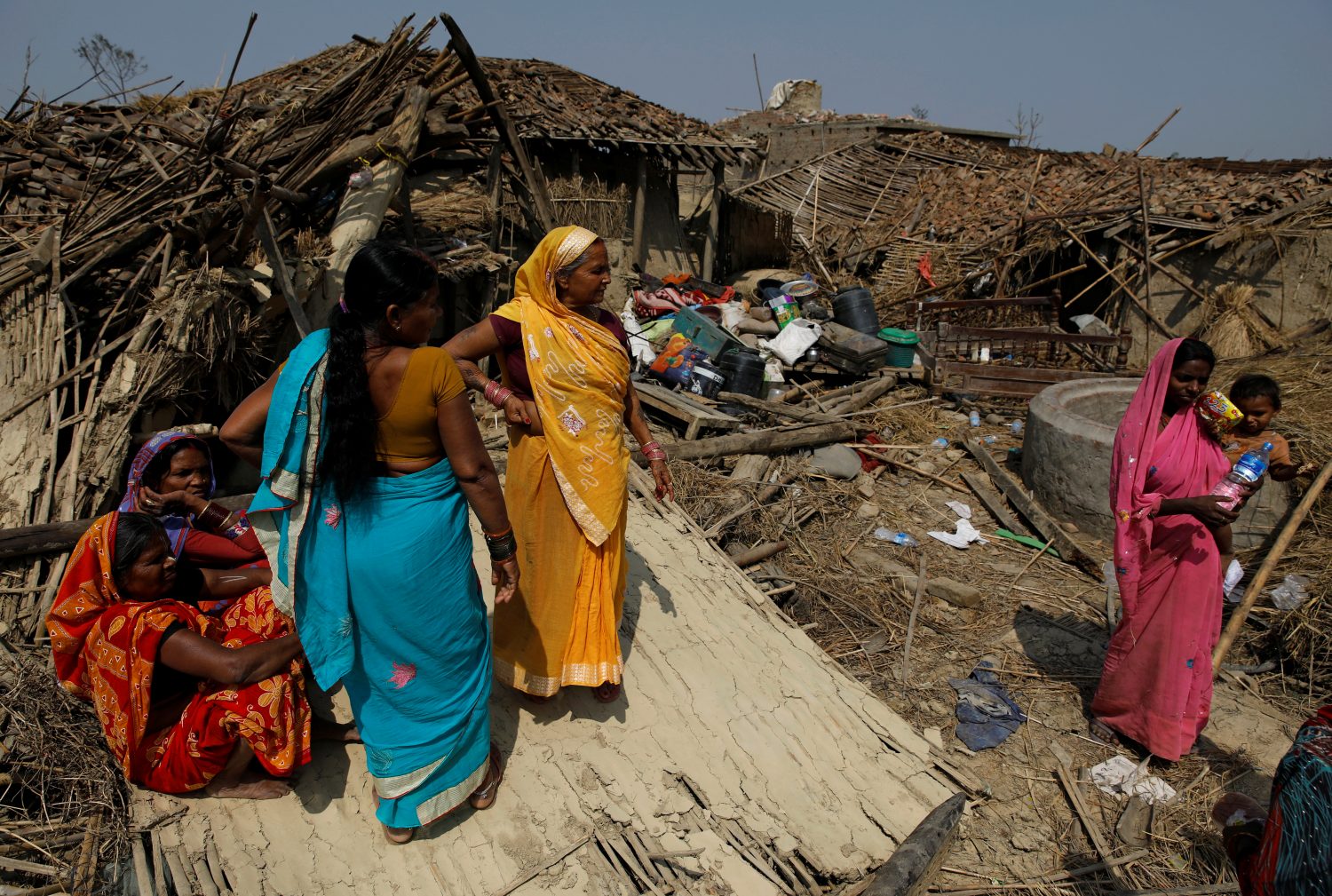 KATHMANDU (Reuters) – Over two dozen people were killed in a severe thunderstorm that swept through parts of southern Nepal late on Sunday and hundreds more were injured, police and officials said.

Nepal’s Prime Minster K.P. Sharma Oli in a tweet said 25 people had been killed, and around 400 were injured.

“Helicopters have been kept ready for immediate rescue and relief,” Oli said in his post. He offered condolences to the families of the victims.

Rajesh Paudel, the top bureaucrat of Bara district, where the storm hit, said the death toll may increase as rescuers were still trying to reach many of those affected.&nbsp;

Bara is located about 62 km (39 miles) south of Kathmandu and borders India’s eastern state of Bihar.

Pre-monsoon thunderstorms are common in Nepal during the spring season but are rarely of an intensity that causes high casualties.

Police officer Sanu Ram Bhattarai said rescue teams had been dispatched to the affected villages, but reaching the victims was difficult at night.