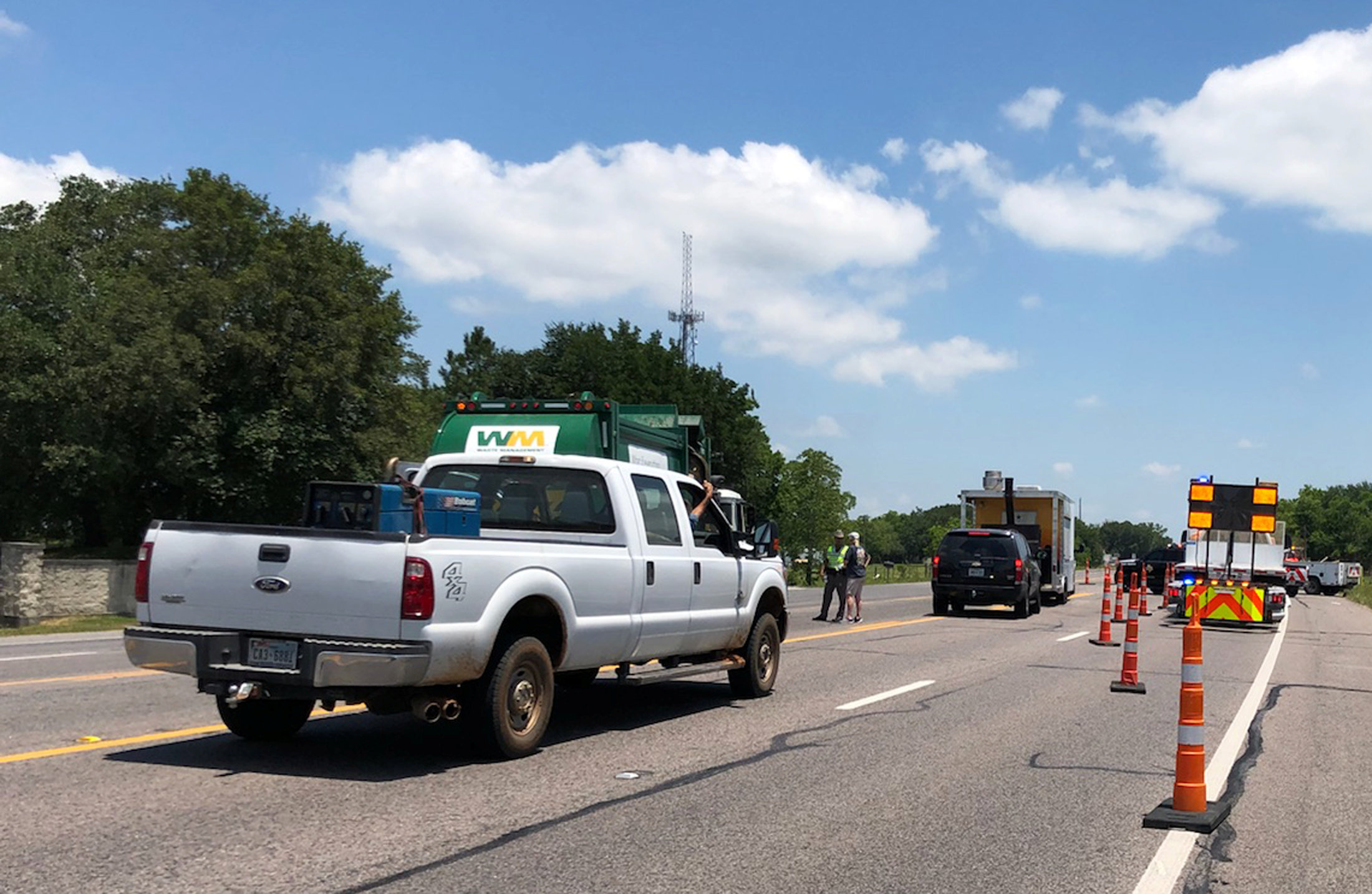 By Liz Hampton and Erwin Seba

SANTA FE, Texas (Reuters) – Texas officials charged a 17-year-old student with murder in the shooting of 10 people, including fellow pupils, at his high school on Friday in an attack similar to the massacre at a Florida high school earlier this year. 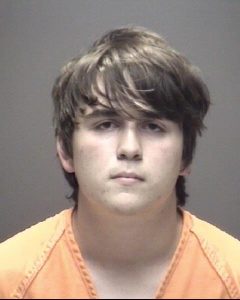 Students said a gunman, identified by law enforcement as Dimitrios Pagourtzis, opened fire in a classroom at Santa Fe High School shortly before 8 a.m. CT (1300 GMT) on Friday, and that they fled in panic after seeing classmates wounded and a fire alarm triggered a full evacuation. Ten people were hurt in the attack, Texas Governor Greg Abbott said.

It was the latest in a long series of deadly shootings at U.S. schools. Seventeen teens and educators were shot dead at a Parkland, Florida, high school in February, a massacre that stirred the nation’s long-running debate over gun ownership.

The Galveston County Sheriff’s Office identified Pagourtzis and said he had been charged with capital murder in a post on its Facebook page. More charges could follow.

Speaking to reporters before the teen was identified, Abbott told reporters that the suspect had used a shotgun and a .38 revolver taken from his father in the fourth-deadliest mass shooting at a U.S. public school.

Two other people are in custody, Abbott said.

Investigators are talking to the suspect, Steven McCraw, director of the Texas Department of Public Safety, said.

Abbott said that investigators had seen a T-shirt on the suspect’s Facebook page that read “Born to Kill.”

Explosive devices had also been found at the school, located about 30 miles (48 km) southeast of Houston, and off campus, Harris County Sheriff Ed Gonzalez tweeted.

Police were searching two homes and a vehicle linked to the suspect, where they have found multiple homemade explosive devices, Abbott said. 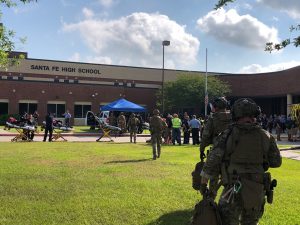 ‘THE GUY BEHIND ME WAS DEAD’

Courtney Marshall, a 15-year-old freshman at the school, said the gunman came into her art class shooting.

“I wanted to take care of my friends, but I knew I had to get out of there,” Marshall said, saying that she saw at least one person hit. “I knew the guy behind me was dead.”

Orlando Gonzalez said that his 16-year-old son Keaton, fled the attack, but one of his friends was shot and wounded.

“I was really worried, I didn’t know what was going on … I almost couldn’t drive,” Gonzalez said. “I just imagine what he’s going through … He’s still scared.”

The school has some 1,462 students, according to federal education data.

“My administration is determined to do everything in our power to protect our students, secure our schools and to keep weapons out of the hands of those who pose a threat to themselves and to others,” Trump said at the White House.

Days after the Parkland shooting, Trump said that elected officials should be ready to “fight” the powerful National Rifle Association lobby group. Early this month he embraced that group, telling its annual meeting in Dallas “your Second Amendment rights are under siege.”

The Second Amendment of the U.S. Constitution protects the right to bear arms.

No major federal gun controls have been imposed since Parkland, though the administration is pursuing a proposed regulatory ban on “bump stocks,” which enable a semi-automatic rifle to fire a steady stream of bullets. The devices were used in an October 2017 mass shooting in Las Vegas that killed 59 people but have not played a role in other major U.S. mass shootings.

(Additional reporting by Ernest Scheyder and Liz Hampton in Houston, Gina Cherelus and Peter Szekely in New York and Mark Hosenball and Ian Simpson in Washington; Writing by Daniel Wallis and Scott Malone; Editing by Bernadette Baum and Susan Thomas)