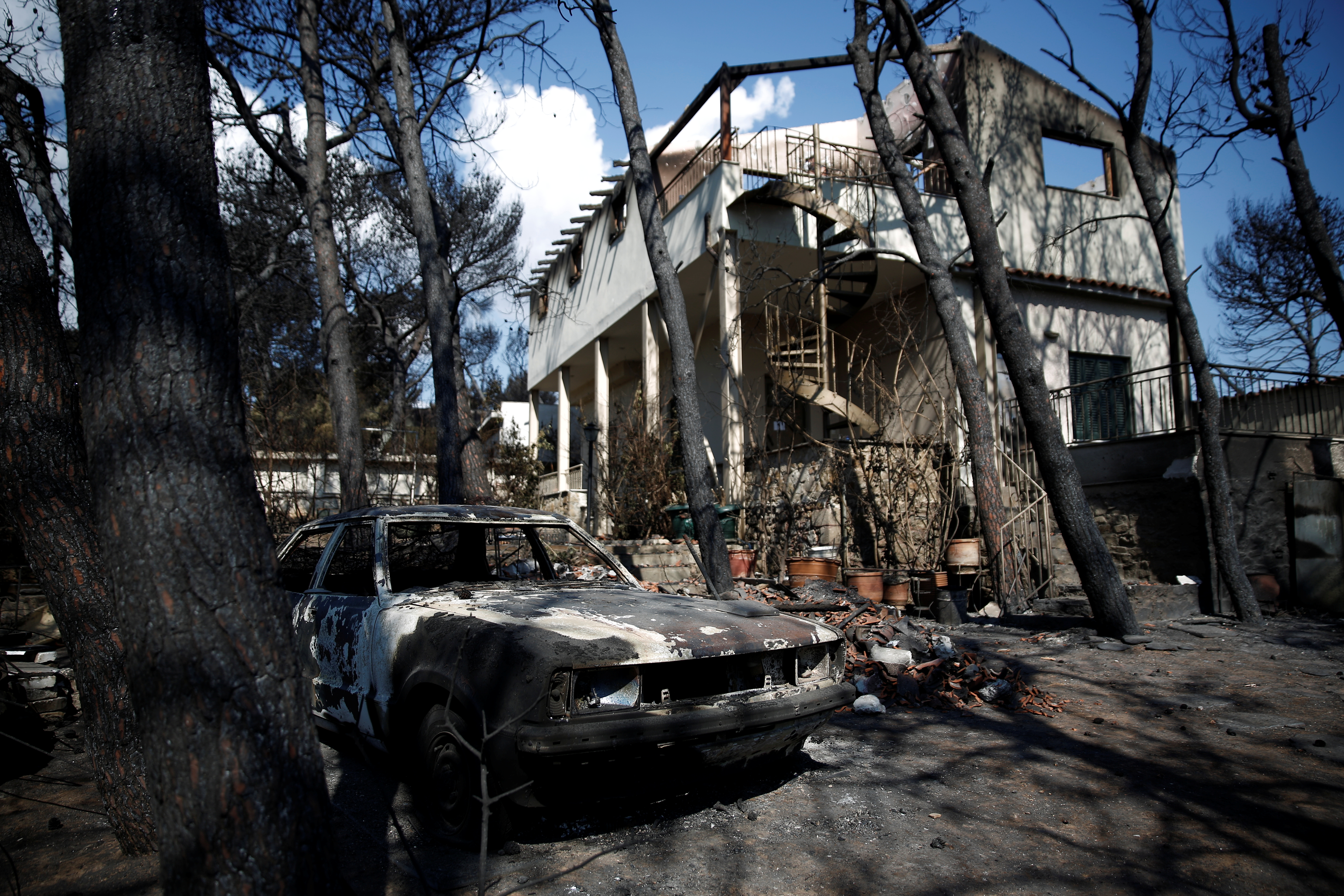 MATI, Greece (Reuters) – Greece’s opposition accused the government on Friday of arrogance and an utter failure to protect lives in responding to a devastating wildfire as questions remained unanswered over how at least 86 people died in the town of Mati.

Survivors of one of the worst Greek disasters in living memory already heckled a government minister when he visited the scene less than 30 km (17 miles) east of Athens on Thursday.

But on Friday an official three days of mourning declared by Prime Minister Alexis Tsipras ended, and his opponents immediately went on the offensive.

The main opposition New Democracy party criticized a government news conference on Thursday night where not one word of apology was heard. “This government has just added unbridled cheek to its abject failure in protecting lives and people’s property,” said New Democracy spokeswoman Maria Spyraki.

Civil Protection Minister Nikos Toskas told the news conference that the government suspected arson was behind Monday night’s blaze, which trapped dozens of people in their cars trying to escape a wall of flames.

The left-led government defended itself, saying there had been no time to evacuate people because the blaze spread very quickly.

But pressure is growing on the government, which is trailing New Democracy in opinion polls, as the death toll was expected to rise further and the questions on how people got trapped piled up.

Tsipras has not been seen in public since Tuesday when he declared the three days of national mourning for the dead. A cabinet meeting was scheduled for 1400 GMT on Friday.

Politicians’ criticism reflected anger among the survivors. “They left us alone to burn like mice,” Chryssa, one of the survivors in Mati, told Skai television. “No one came here to apologize, to submit his resignation, no one.”

Toskas said he had offered his resignation but Tsipras rejected it. “A day after the tragedy, mainly to have my conscience clear and not because of mistakes, I offered my resignation to the prime minister, who told me it’s a time to fight,” Toskas told reporters on Thursday.

“Why didn’t they protect the people by implementing on time the available plan for an organized and coordinated evacuation in the areas that were threatened?” she said. “They have confessed they let people burn helplessly.”

The government has announced a long list of relief measures including a one-off 10,000 euro ($11,600) payment for families of the victims. Their spouses and near relatives were also offered public sector jobs. But many felt that was not enough to ease the pain and wanted authorities to assume responsibility for the scale of the devastation.

About 300 firefighters and volunteers were still combing the area on Friday for dozens still missing. More than 500 homes were destroyed, and the fire brigade said some closed-up homes had not yet been checked.

Haphazard and unlicensed building, a feature of many areas across Greece, was also blamed. Many routes to the beach were walled off.

Mortuary staff in Athens, shocked at the sight of burnt bodies including children, were expected to conclude post-mortems later on Friday after relatives of victims provided information and blood samples which could assist identifications.

The fire broke out on Monday at 4:57 p.m. and spread rapidly through Mati, which is popular with local tourists.

Firefighters described a rapid change in the direction of the wind, which also picked up speed, and some suggested the thick covering of pine trees and a mood of panic were a deadly combination that would have been hard to combat.