(Reuters) – Several people were shot on Thursday in Perryman, Maryland, near an Army facility, and residents were asked to avoid the area, according to authorities.

“The situation is still fluid,” the Harford County Sheriff’s Office wrote on Twitter, adding that officers were dispatched to the incident shortly after 9 a.m. EDT (1300 GMT).

Agents from the Baltimore offices of the Bureau of Alcohol, Tobacco, Firearms and Explosives (ATF) and the FBI were also responding, the agencies said.

Perryman is 34 miles (55 km) northeast of Baltimore. The area of the reported shooting includes a church and a business district, and is near the Aberdeen Proving Ground, an Army facility.

A witness told NBC’s affiliate in Baltimore that the shooting occurred in a warehouse and that 20 to 30 officers, as well as ambulances, responded to the scene.

“They’re telling that there is an active shooter,” said the witness, whom the station identified as a man named Bo who did not want to provide his last name.

“Our prayers are with all those impacted, including our first responders,” Hogan wrote on Twitter. “The State stands ready to offer any support.”

The shooting occurred a day after a man shot and wounded four people, including a police officer, at a Pennsylvania court building before he was killed by police, according to Pennsylvania State Police. 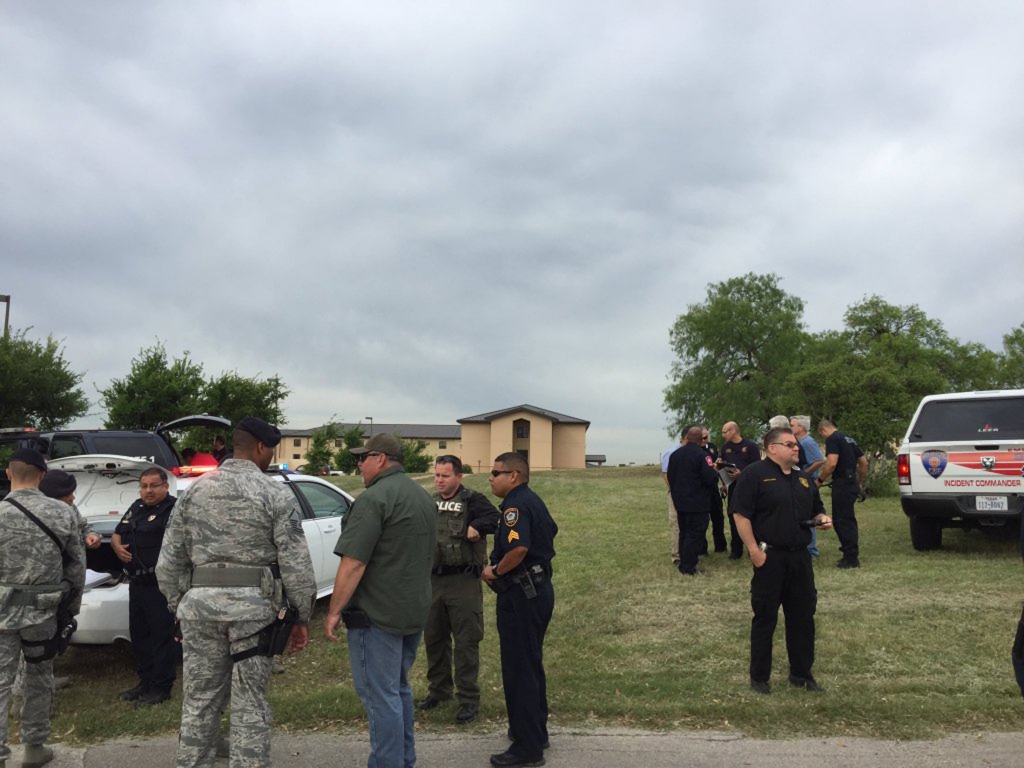 SAN ANTONIO (Reuters) – Two people were killed in an apparent murder-suicide at Lackland Air Force Base in San Antonio on Friday that triggered a lockdown at the facility, the Bexar County Sheriff’s Office said.

The commanding officer of the 331st K-9 Training Squadron at the base was shot by an airman, according to the Air Force Times, an independent news outlet, citing on internal Pentagon communications. Neither person was immediately identified.

The incident took place at the Medina annex at the facility, where dog training takes place.

Keith said the sheriff’s office did not believe there were other victims but deputies were searching buildings “out of an abundance of caution.”

The sheriff’s office had responded to reports of a shooter at the base.

The Federal Bureau of Investigation said it had been called to assist.

Parts of the base were locked down as a result of the incident, including nearby schools, the sheriff’s office said.

Authorities also ordered people at a nearby industrial complex to stay in their buildings.

RICHMOND, Va. (Reuters) – A Virginia state trooper and a suspected gunman died in a shooting at a Richmond bus station on Thursday, officials and local media reported.

Six people including the trooper and gunman were injured in the attack, which took place at around 2:45 p.m. ET as state police were conducting a training exercise at the bus station, near a baseball stadium, local media reported.

Reva Trammell, chairwoman of the Richmond City Council’s Public Safety Committee, told WTVR CBS 6 that a state trooper had died in the incident.

“This is one of the saddest days I’ve ever seen in Richmond, Virginia,” Trammell said.

Virginia State Police spokeswoman Corinne Geller said earlier she did not know the nature or severity of the injuries to the two troopers or to a wounded civilian female.

A spokesman for VCU Medical Center in Richmond said the hospital was expecting patients from the shooting, but declined to release further information.

NBC 12 reported on its website and television images showing the area around the bus station cordoned off with large numbers of police presence.

Michael Bickett, who said he works directly across the street from the loading area from the buses said in a direct Twitter message. “A co-worker was eating lunch in his car when he saw Greyhound Workers and customers rushing out the side door. He figured that was a good time to get back inside.” 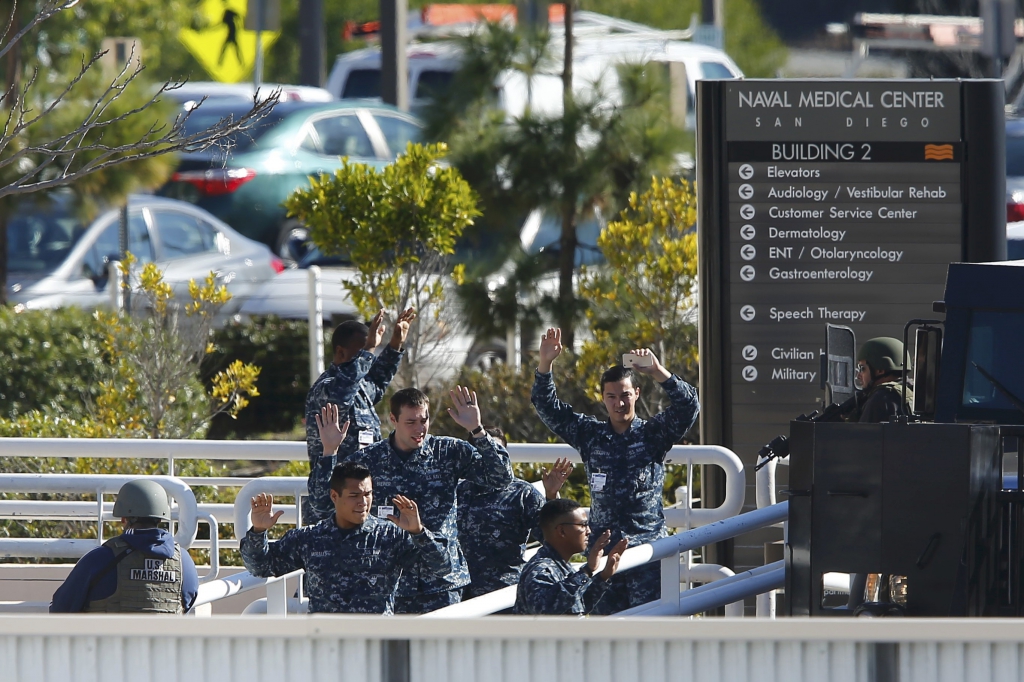 SAN DIEGO (Reuters) – A report of an active shooter and shots fired at the U.S. Naval Medical Center in San Diego triggered a heavy law enforcement response on Tuesday but was apparently unfounded, Navy officials said.

A lone witness reported hearing three shots at about 8 a.m. PST in the basement of a building at the sprawling medical center, the officials said.

Police interviewed the witness and continued to clear the building into Tuesday afternoon but there was no sign of foul play.

“We did an initial clearing of the building and found nothing that would indicate any kind of dangerous situation,” Navy Captain Curt Jones, commanding officer of the Naval facility, told a news conference.

California and the United States remain on edge after a married couple inspired by Islamist militants shot and killed 14 people last month in San Bernardino, about 100 miles north of San Diego.

The city is home to the U.S. Navy’s Pacific Fleet.

Seven law enforcement agencies, including U.S. Marshals, SWAT teams and an armored car from the San Diego County Sheriff’s Department were involved in the response to the reported shooting.

Police with rifles and dogs searched the building where the shots were reported, as workers filed out with their hands in the air.

“As of right now, we have found absolutely nothing that indicates there were any shots fired,” Jones said.

A post on the medical center’s Facebook page had earlier advised occupants to “run, hide or fight,” the protocol advised by the U.S. Department of Homeland Security in response to an active shooter.

All non-emergency response staff were asked to stay away from the compound. The shooter was reported in building #26, which is home to a “wounded warrior” program to help seriously injured and ill Navy sailors and members of the U.S. Coast Guard.

The medical center, about two miles north of downtown San Diego, includes a 272-bed hospital and a staff of more than 6,500 military and civilian professionals, the center’s website said.

A local middle school and two high schools in the area were initially placed on lockdown as a precaution.