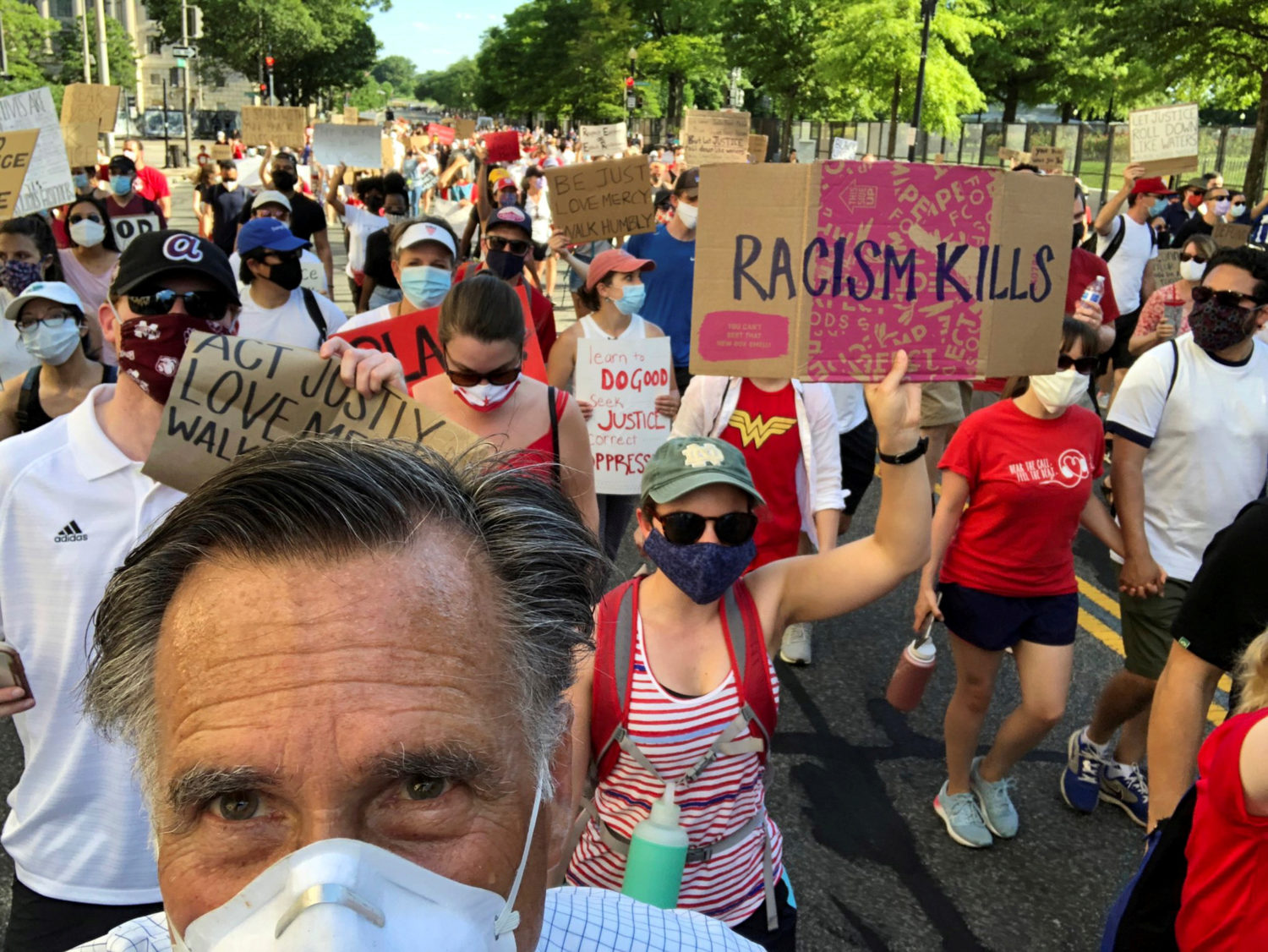 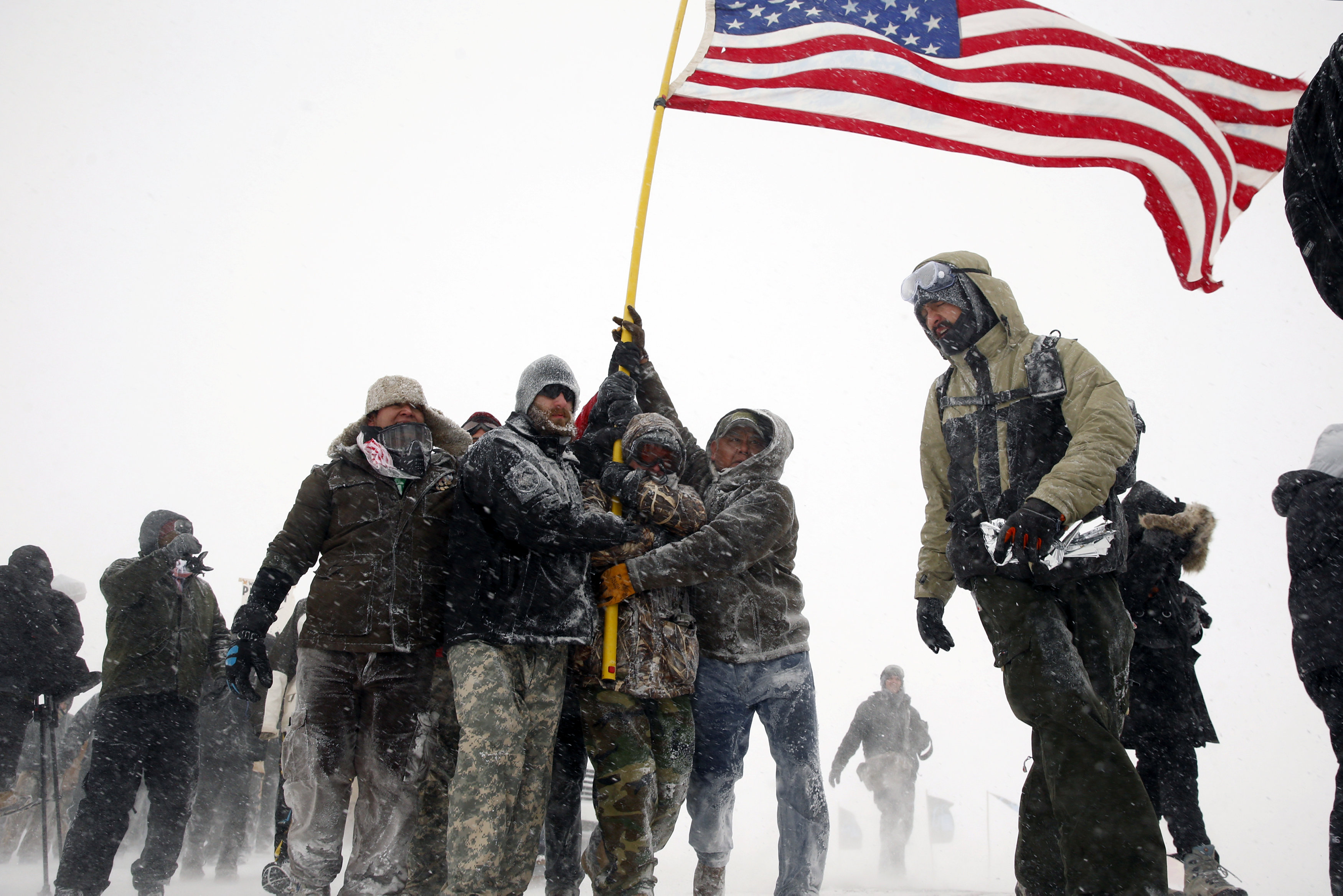 By Ernest Scheyder and Terray Sylvester

CANNON BALL/FORT YATES, N.D. (Reuters) – U.S. veterans, thousands of whom last week helped stop a contested oil pipeline running through North Dakota, could become important partners of activists on the environment, the economy, race and other issues that divide Americans.

Several academics said the effort to support the Standing Rock Sioux tribe and others opposed to the pipeline project was likely the biggest gathering of its kind of former military personnel since the early 1970s when U.S. veterans marched against the Vietnam War.

That so many veterans mobilized in less than two weeks to rural North Dakota speaks to the power they may have on public opinion, because of their status as having put their lives on the line for their country, veterans and academics said.

“The sense that vets are distinctively American figures, regardless of political beliefs, always seems to have currency, even when they are working on different sides of an issue,” said Stephen Ortiz, a history professor at the State University of Binghamton in New York.

Many veterans who went to Cannon Ball, North Dakota, to join the months-long protests by Native Americans and environmentalists against the 1,172-mile (1,885-km) Dakota Access Pipeline, said they were already looking for their next issue to support.

“Militarily-trained soldiers have now discerned, on their own, a genuine, just cause for which to promote and defend, and this time without being under orders to do so,” said Brian Willson, whose 2011 memoir “Blood on the Tracks: The Life and Times of S. Brian Willson”, described how after serving in the Vietnam War, he became a non-violent protester for social change in the United States.

Law enforcement tactics, particularly the use of water cannons, against the protesters had been considered extreme by some. Veterans said in interviews they felt galvanized to act as a human shield, providing a respite for those who had been at the protest camp for months.

On Sunday, the U.S. Army Corps of Engineers said it turned down a permit for the pipeline’s completion, handing a victory to the protesters.

But the saga will not end there. Republican President-elect Donald Trump has said he wants the pipeline built; his team said he would review the decision when he takes office.

Even though the fight is not over in North Dakota, some see this as a way forward on other issues.

“There’s a lot of these pipelines being built around the county. Flint (Michigan) has a water crisis. So we’re going to see if we can keep this movement going and really change some things in America,” said Matthew Crane, 32, from Buffalo, New York, who served in the U.S. Navy from 2002 to 2006.

Clark’s group, called Veterans Stand With Standing Rock (VSSR), asked for 2,000 volunteers but said twice as many arrived. Comments on the VSSR Facebook page criticized Clark for a lack of planning and for not having contingencies in place for North Dakota’s harsh winters.

As a blizzard blew in on Monday, many hunkered down at the main protest camp. Hundreds more slept in the pavilion of the Prairie Knights Casino in Fort Yates, roughly 10 miles away on the Standing Rock reservation.

Clark, who himself was snowed-in at the casino, said in a Facebook video posted Wednesday night that the response meant “a huge tax on the supply chain and on accommodations.”

As part of their journey to North Dakota, many veterans asked forgiveness in two ceremonies for what they considered crimes and mistreatment of Native Americans by the U.S. government and military over the past 150 years.

One ceremony took place Monday on Backwater Bridge near the camp, the site of two heated confrontations with law enforcement earlier this fall. Thousands of veterans and tribal members prayed, emoting war cries on the bridge’s southern cusp.

One veteran, wearing a flak jacket and a Veterans for Peace flag, yelled to the crowd from atop a horse.

“We didn’t serve this country to see our brothers and sisters here persecuted,” said the man, whose name was inaudible in the fury of the arriving blizzard. “Are we not all human?”

Some veterans said they planned to remain in North Dakota, unwilling to trust that Energy Transfer Partners would abide by the federal government’s decision. Most had left by Wednesday, however, said Heather O’Malley, a U.S. Army veteran who monitored news for the group. She said it was unclear if they would return to the area in January if needed.

Clark and others said this was a way for veterans to address other efforts around the country.

“This is a small battleground in a larger war that is developing in our country that has to do with race, the economy and the powers that be taking advantage of those who really don’t have a voice,” said Anthony Murtha, 29, from Detroit, who served in the U.S. Navy from 2009 to 2013.